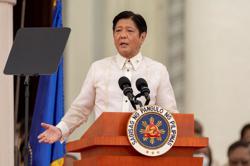 BULACAN, Philippines (Reuters): Philippine authorities rushed on Monday (Sept 26) to distribute aid to thousands of evacuees after typhoon Noru made landfall in the capital and northern provinces, leaving at least five dead and many areas flooded.

Sustained winds of 185kph hit the main island of Luzon at the weekend, prompting authorities to shut schools, government offices and the stock market through Monday.

"The point at which we can stand down is when the majority of evacuees are already back home," Marcos said at a news conference with disaster management officials on Monday, referring to the 74,000 people who were forced into evacuation centres by the storm.

Luzon, which accounts for more than two-thirds of the economy and roughly half of the country's 110 million population, started clean-up operations as floods in the capital region had started subsiding, officials said.

Five rescue workers were killed in Bulacan province, Governor Daniel Fernando told DZMM radio station, where residents were seen wading through waist-deep waters while some were stranded on rooftops.

"Many homes were destroyed but all roads are passable and there were no landslides," Quezon province Governor Helen Tan told DZRH radio station. The local government had started clearing fallen trees and other debris, she said.

President Marcos, who will conduct an aerial inspection later on Monday, also ordered officials to provide emergency power supply to two provinces north of the capital, Aurora and Nueva Ecija, which were left without electricity.

Noru made landfall as a category 3 typhoon and but weakened as it traversed land on Sunday night. The storm was headed out over the South China Sea and toward Vietnam, according to the state weather agency.

The Philippines, an archipelago of more than 7,600 islands, sees an average of 20 tropical storms yearly. In 2013, Typhoon Haiyan, one of the most powerful tropical cyclones ever recorded, killed 6,300 people. 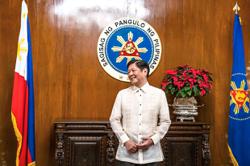 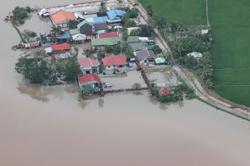