Waves crashes into road on coastline during heavy storm in Polillo, Quezon Province, Philippines on Sunday, September 25, 2022 in this still image obtained from a video. - Reuters

* PM: Malaysia’s next move on MH17 to be decided after trial verdict A woman dressed in an earth-inspired costume joins a fashion show protest in line with the Global Climate Strike, in Quezon City, Metro Manila, Philippines. - Reuters

* Elderly Singapore man, aged 85, allegedly hacks and kills long-time partner after she refused to let him stay in bigger room

* ‘It looked like kangkung,’ says S’porean who ate weed dish

* Indonesia stresses on the need to rearrange its counter-terrorism strategy 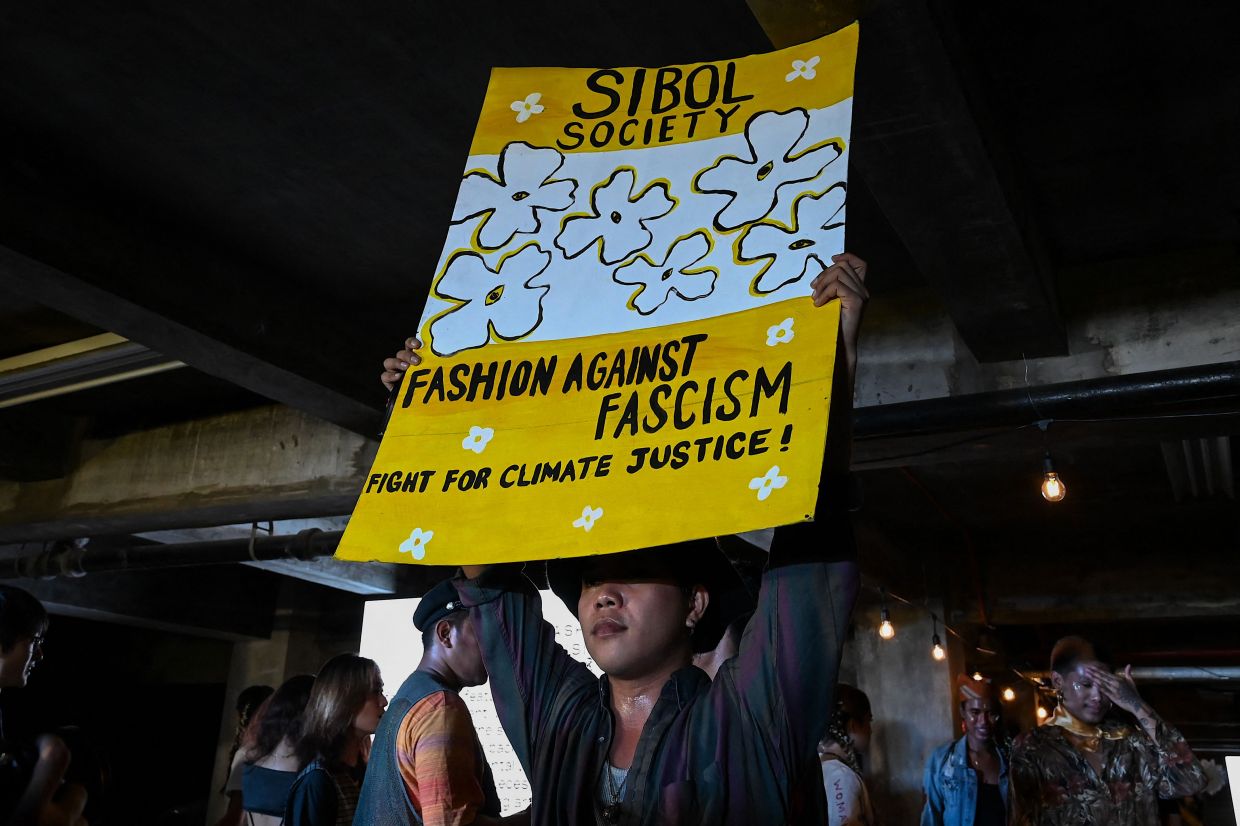 A youth advocate raise a placard after a fashion show protest in support for the Fridays for Future movement in fighting for climate justice at the University of the Philippines in Quezon City, suburban Manila. - AFP

* The Marcosian past is present A youth advocate wearing a mother earth inspired clothing pose during a fashion show protest in support for the Fridays for Future movement in fighting for climate justice at the University of the Philippines in Quezon City, suburban Manila. - AFP

* Myanmar discussing with Russia use of Mir card for payments * The world is making the Mekong its dump

* Brunei trio, all whom are relatives, jailed for stealing their grandfather’s money This handout photo taken and received on Sunday (Sept 25) from the Dilasag Disaster Risk Reduction and Management Office shows officials advising residents to prepare for evacuation in Dilasag town, Quezon province, ahead of the landfall of Super Typhoon Noru. - AFP

* US must alter course in how it deals with China or face inevitable conflict, foreign minister says

* US urged to reject zero-sum game

* Ban on single use cups to go on trial run in S. Korea's Sejong, Jeju from December

* Tennis-Fit and still driven, Djokovic not thinking about retirement