BEIJING (China Daily/Asia News Network): The US government seems intent on proving that it cannot be trusted to keep its word.

Its piecemeal provocations on the Taiwan question are a "salami-slicing" tactic intended to hollow out the promises that were made to Beijing in the three communiques.

Beijing's restraint in its response to the US provocations should not be misinterpreted as an inability or unwillingness to act. It is because it always takes into consideration the bigger picture of regional and world peace, and the overall picture of China-US relations.

But there is a limit to what China can put up with when one of its core interests is at risk. Washington's escalating provocations are not in the interest of Taiwan people, nor are they in the interests of world peace and global development.

Instead, the brinkmanship of Washington, if taken too far, risks triggering a war between the US and China.

As a reminder of this, China announced sanctions on Friday (Sept 16) against Gregory Hayes, chairman and chief executive officer of Raytheon Technologies Corporation, and Theodore Colbert III, president and chief executive officer of Boeing Defence, Space and Security, as the two companies are prominent in the arms deals agreed between the United States and the Chinese island.

The US arms sales to Taiwan seriously violate the one-China principle and the provisions of the three China-US joint communiques, especially the Aug 17 Communique of 1982, and gravely undermine China's sovereignty and security interests. The sanctions against the two CEOs reinforce not only China's strong condemnation of the sales but its opposition to the profits-before-peace mentality of the US.

The one-China principle is a widely accepted norm in international relations and a prevailing consensus of the international community. Washington should abide by the commitments it made to Beijing in the three communiques to the letter, as these are iron-clad legally-binding agreements.

In the communiques the US acknowledged that there is but one China and that Taiwan is part of China, over which the government of the PRC should enjoy and exercise China's full sovereignty. China has again urged the US government and relevant parties to abide by the one-China principle and the three Sino-US joint communiques, stop the arms sales to Taiwan, and stop creating tensions by trying to exploit the Taiwan question to contain China.

The onus is on Washington to behave in a manner befitting of its repeated assertions that it still stands by its commitment to the one-China principle. The central government will continue to take all necessary measures to firmly safeguard the nation's sovereignty and security interests according to the development of the situation.

It is time that politicians in Washington stopped playing their risky games lest they go too far. 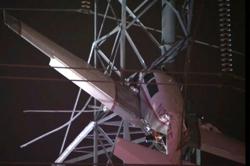 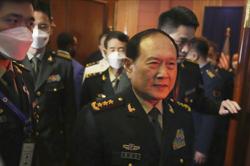