Four scientists from the Vietnam National University-Hanoi are among the 10 Vietnamese scientists who have been listed among the world's best by research.com. - Vietnam News/Asia News Network

HANOI (Vietnam News/Asia News Network): Ten Vietnamese working in the country have been listed among the world's best scientists by research.com, a reputable scientist ranking website.

The ranking is based on an index, which includes papers and citation values for an examined discipline.

It analysed the data of 166,880 scientists in 24 areas on Microsoft Academic Graph.

Earlier in October 2021, five Vietnamese were named in the list of the world’s top 10,000 scientists released by the US’ PLOS Biology journal, including Prof Nguyen Dinh Duc and Assoc Prof Le Hoang Son. 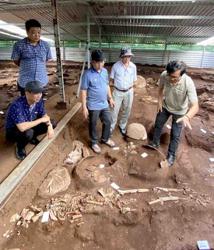