BANGKOK (The Nation/Asia News Network): The Cabinet on Tuesday (Aug 16) approved a draft royal decree to drastically decelerate the annual tax for taxis, tuk-tuks and motorcycle taxis for a year in a bid to reduce expenses.

Government spokesman Thanakorn Wangboonkongchana said the decision came after a jump in global fuel prices due to the Russia-Ukraine war.

He said the rising prices have had an impact on Thailand, which imports up to 75 per cent of its fuel, as well as on public transport drivers.

The draft royal decree determined a 90 per cent reduction of annual tax for three types of public transport due for tax payment between October 1 this year and September 30 next year, Thanakorn said.

Thanakorn said the government would lose 70.25 million baht in revenue and this would have a “slight” impact on revenue collected by the Bangkok Metropolitan Administration ad local administrative organisations.

“However, this measure will alleviate suffering and reduce expenses for public transport drivers,” he said.

The government had given 16,694 public transport drivers in 29 provinces 5,000 baht each per month. This included 12,918 taxi drivers and 3,776 motorcycle taxi drivers, Thanakorn added. 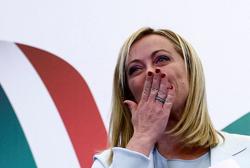