The Fourth Army chief dispatched security forces to control the situation and fight fires after the attacks commenced at 11.50pm at a 7-Eleven store in a PTT petrol station in Yala’s Yaha district.

Staff and customers of the convenient store told police a man with a Muslim woman’s hijab and a flu mask walked into the shop and placed a black bag on the cashier’s counter, bluntly saying:

The staff and customers scurried out of the shop through the backdoor and about 10 minutes later an explosion occurred, resulting in a huge fire that engulfed the shop.

Of the 17 attacks, police said 11 spots were either mildly or severely damaged by explosions and fire.

> 7-Eleven store in Bannang Sata village. Firefighters managed to quickly put out the blaze so the shop was not severely damaged.

> A 7-Eleven in Ban Niang village in tambon Pohseng, Muang Yala district. The shop was badly damaged by an explosion and subsequent fire.

Police gave details of five other attacks in Narathiwat:

> An explosion and a fire at a 7-Eleven store in a PTT petrol station in Moo 1 village in tambon Sakor, Si Sa Khon district, at 12.30am on Wednesday. A 14-year-old boy and 23-year-old women were slightly injured.

> 7-Eleven in Moo 1 village in tambon Si Sa Khon, Si Sa Khon district, was hit by a blast and fire.

> A 7-Eleven in a PTT petrol station in Moo 4 village in Bacho district was completely burned down. A Myanmar national, delivering goods for the shop, was hurt.

>An attacker detonated a homemade bomb at a petrol dispenser in a Bangchak petrol station in Moo 8 village, tambon Bor Thong, Nong Chik district. The station was engulfed in a blaze that spread to a Big C store inside the station.

Police said the 17 attacks in the three provinces were mostly carried out by motorcyclists, who either hurled Molotov cocktails at the back and front of convenient stores or placed homemade bombs and detonated them by remote control.

Bomb disposal teams and scientific crime detection officers were dispatched to the scenes to gather evidence on Wednesday morning.

A Fourth Army Area source said that after the latest round of peace talks with insurgent leaders on August 1 and 2 failed to reach any breakthrough, the insurgents have stepped up attacks.

According to the source, the insurgents focused more on symbolic targets, public utilities and economic targets.

The latest attacks were apparently aimed at destroying the atmosphere of peace talks and discrediting the authority of the government, the source added. 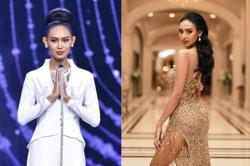