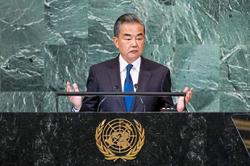 News of the shutdown sent shoppers fleeing in an effort to get out of the building before the doors were locked. -: BIG BULL/WEIBO

SHANGHAI (Bloomberg): Mayhem unfolded in an Ikea in Shanghai as health authorities tried to lock down the store on Saturday(Aug 13) and quarantine those on site after learning someone who had been in contact with a Covid-19 patient had visited.

News of the flash shut down sent shoppers fleeing and screaming in an effort to get out of the building before the doors were locked, videos on social media showed. Shanghai’s 25 million residents are well versed in lockdowns, after being barred from leaving their homes for two months this spring in an effort to eradicate the virus.

Health authorities in the financial hub said that they imposed "temporary control measures” at the store, after they found out that a close contact of a 6-year-old boy with an asymptomatic infection had visited.

They didn’t say when the close contact was in the store. Everyone at Ikea and other affected areas will need to quarantine for two days and then do five days of health surveillance, said Zhao Dandan, deputy director of Shanghai Health Commission, in a briefing on Sunday.

The snap lockdowns deployed as part of China’s Covid Zero strategy -- where people in a building or an urban district are banned from leaving with little notice -- has led to numerous scenes of panic around the country.

In recent months, residents in the technology hub Shenzhen, the capital of Sichuan province, Chengdu, and the southern island Hainan have scaled fences, sprinted down the beach and poured out of office towers after learning that lockdowns were to be imposed.

There were 2,312 new infections reported nationwide on Monday, the first time in more than three months that cases topped 2,000 for three consecutive days. The widening outbreak is showing that nowhere is safe, including resort areas where residents hoped to relax or regions that recently emerged from the worst flareups.

In a video circulated on social media, an announcement can be heard inside the Ikea saying authorities asked the shopping center to immediately close and to stop people from entering or leaving. When security guards and health workers in personal protective equipment tried to close a door to prevent people from leaving, dozens screamed and pushed against it until they broke free, the video showed.

An Ikea representative said the store in the popular Xuhui district is closed due to Covid at the request of health authorities. They didn’t provide further details.

Those who didn’t manage to get out were sealed inside the store from 8 pm until just after midnight, when they were transferred to quarantine hotels, according to one visitor who posted about her experience on Douyin, the Chinese version of Tiktok.

Shanghai residents went through a traumatic lockdown in April and May as the city tried to stamp out the largest outbreak China has seen since the pandemic started.

People were ordered to stay at home, and many went hungry due to a lack of food. Despite the social and economic toll, Chinese President Xi Jinping remains committed to the Covid Zero approach, leaving the country increasingly isolated. 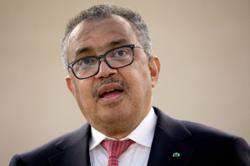