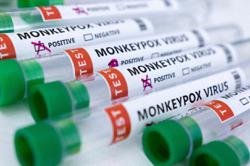 This is part of the Government's efforts to influence consumers' diet and sugar intake in order to win the war on diabetes. - ST FILE

SINGAPORE (The Straits Times/Asia News Network): Outlets selling freshly prepared drinks that have a very high level of sugar and saturated fat content must label them with a Nutri-Grade mark in their menus by the end of next year, said Health Minister Ong Ye Kung on Thursday (Aug 11).

This rule will come after the requirement for pre-packed beverages with higher sugar and saturated fat content to be labelled with a Nutri-Grade mark kicks in from Dec 30 this year.

"It is a neutral or even nice name, but the message to consumers is to avoid those with Nutri-Grade mark that indicates a high level of sugar," said Ong.

The outlets will also be prohibited from advertising freshly prepared beverages with the highest level of sugar and saturated fat content, he said.

The Government is working towards publishing these measures in the middle of next year and have them come into effect by end of next year, Ong added.

This is part of the Government's efforts to influence consumers' diet and sugar intake in order to win the war on diabetes. It fits in with the preventive care emphasis in its new healthcare transformation strategy, called Healthier SG.

Ong said that six new patients are diagnosed with kidney failure in Singapore every day, up from about four per day in 2011, and this number is driven mainly by two factors – age and disease prevalence. Singapore is ageing and while diabetes prevalence has stayed quite consistent over the years, the prevalence of obesity - a key risk factor for diabetes - is rising.

He was speaking at the opening ceremony of the International Society of Peritoneal Dialysis Congress 2022, which is being held in Singapore for the first time.

In his speech, he also said that the Ministry of Health is aiming to get 30 per cent of new dialysis patients to opt for a home-based form of treatment known as peritoneal dialysis (PD) by 2025, up from around 20 per cent now.

The target is not new as the Government has been trying to encourage more kidney failure patients to do so over the years, but the uptake has yet to shoot up.

Currently, most patients opt for haemodialysis, which is done with a machine at a dialysis centre. PD offers greater convenience and self-empowerment, Ong said.

"To achieve this (target), we are developing with our stakeholders a set of pre-dialysis counselling, training and educational materials to help patients to perform PD independently at home," said Ong.

Kidney patients go for dialysis regularly to remove waste products and excess fluid from the blood as their kidneys can no longer do so.

In PD, a dialysis solution is introduced into the body through a permanent catheter in the abdomen to do the job and then drained out.

Ong said that MOH has been working with public hospitals and social service organisations to recommend PD as the preferred dialysis option for patients with kidney failure, unless they are medically unsuitable.

"With a lot of hard work, the PD utilisation rate among new dialysis patients rose steadily from 18 per cent in 2015 to around 21 per cent in 2019," he said.

"However, the progress hit a snag after that due to Covid-19. Catheter insertions were delayed, training and home support services were also disrupted."

PD utilisation rate has therefore stagnated at around 20 per cent, he said.

Ong added that MOH will continue to deploy new tools - such as a wearable automated PD device developed by researchers and scientists in Singapore - to guide the treatment and care of patients with kidney failure.

The number of patients with end-stage renal disease - those whose kidneys can no longer function on their own and must receive dialysis or kidney transplantation - who are on dialysis has risen over the years and is expected to rise, given Singapore's rapidly ageing population. 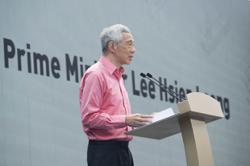 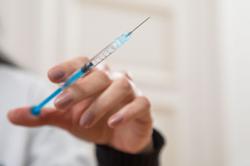