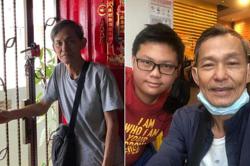 The brawl allegedly began over the reservation of seats at the Lorong Koo Chye Sheng Hong Temple in MacPherson. - SCREENSHOTS FROM JI NA/FACEBOOK

SINGAPORE (The Straits Times/Asia News Network): Three elderly people were arrested for a brawl at a getai event on Wednesday evening (Aug 10).

The incident was allegedly over the reservation of seats, and involved a couple who argued with a woman known within the getai community as Susan.

The brawl happened at about 6pm on Wednesday at the Lorong Koo Chye Sheng Hong Temple in 15 Arumugam Road at Macpherson.

A 1½ minute video of the incident was uploaded to Facebook.

It showed Susan, 71, dressed in a red top holding a chair before throwing it at a 65-year-old woman dressed in black. The woman then picks up the same chair and attacks Susan with it.

The chair is dropped and the two women scuffle with each other. The 69-year-old husband of the woman, who is also dressed in black, joins the fray and punches Susan in the face three times. As he did so, his wife beat Susan on her back.

Even with her face bleeding, Susan continues to grab the woman's clothes.

The brawl stopped only after other attendees of the event stepped in to separate them.

Chinese evening daily Shin Min Daily News reported that Susan is a known figure in the getai community, who often reserves seats for herself and her friends.

She told Shin Min that she had arrived at the temple at around 11am on Wednesday to reserve seats by placing coffee and bread on them. She claimed the couple had turned up at about 5pm and threw away her items before taking the seats at the front row.

"I'm not in the wrong, they also attacked me, hitting me till I bled so I called the police," Susan told Shin Min.

The police said the trio were arrested for affray.

Susan was also later taken conscious to the hospital.

Police investigations are ongoing. Those convicted of affray may be jailed for up to a year and fined up to $5,000. 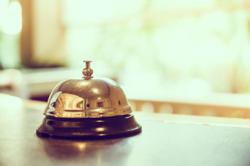