Foo Shuo Qian and her husband Teo Geng Lun welcomed a baby boy at the stroke of midnight on Aug 9. - ST

SINGAPORE (The Straits Times/Asia News Network): Foo Shuo Qian had expected her baby to be born on Monday (Aug 8), after labour was induced earlier that day.

That would have been an auspicious birth, falling on the eighth day of the eighth month - eight being the luckiest number in Chinese culture due to its association with prosperity.

Foo noted that her newborn son, who has not yet been named, would be celebrating his birthday on the same day as the country every year.

She told The Straits Times that she was hospitalised on Saturday as she had come down with stomach flu while 38 weeks pregnant.

Her doctor had been worried that the resulting dehydration could lead to blood clots, she said.

"It's actually quite dangerous for the baby and the mother," said Foo.

She added that as her situation did not improve on Sunday, the couple decided to induce labour the next day to avoid complications for the pregnancy.

Foo said the couple, who already have a three-year-old son, had spent the months leading up to the birth getting their older child accustomed to the idea of having a younger sibling.

"So when he saw my baby boy, he looked at him lovingly and kissed him," she said.

The couple received a free room upgrade to a suite as well as some hampers from the hospital.

Nur Azierah underwent an emergency Caesarean section as her son, who was born weighing 3.22kg, was overdue.

"The baby's estimated date of delivery was on Aug 4, but there was still no sign that I would go into labour by Aug 8," said the 32-year-old.

The doctors and nurses were attentive and provided her with detailed information, which reassured her and her husband.

She added that Dr Suzanna Sulaiman, head and senior consultant of obstetrics and gynaecology at KKH, helped them prepare for the birth of their first child.

Having her baby on National Day was "extra special", said Nur Azierah, who got her hospital room upgraded to a single-bedded one as well as other sponsored gifts.

"National Day is a special day for Singaporeans and my child will get to celebrate his birthdays together with Singapore," she said. 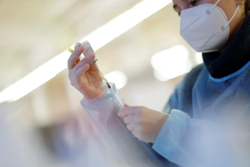