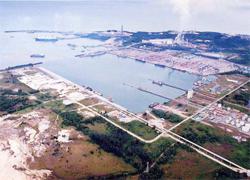 The loading dock at the Sihanoukville port. - AS MARKETING DEPARTMENT

PHNOM PENH (The Phnom Penh Post/Asia News Network) Cambodia and Japan on Saturday (Aug 6) signed an agreement on a loan amounting to 41,388,000,000 yen (over US$300 million) for implementing the Sihanoukville Port New Container Terminal Expansion Project (I).

The signing of the Exchange of Notes and related documents on the extension of the loan was done by Minister of Foreign Affairs and International Cooperation Prak Sokhonn and his Japanese counterpart Hayashi Yoshimasa at the Peace Palace and presided over by Prime Minister Hun Sen.

However, the actual loan agreement for the project was signed by Hem Vanndy, secretary of state at the Ministry of Economy and Finance and Kamei Haruko, Chief Representative of the Japan International Cooperation Agency (JICA) Cambodia office, according to the ministry of foreign affairs press release.

“This loan will substantially contribute to the expansion and modernisation of the Sihanoukville Autonomous Port and the transformation of the port into a principal deep-sea port for Cambodia and the region in-line with the commitments made by the prime ministers of the two countries earlier this year,” the foreign affairs ministry said. 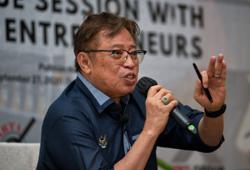