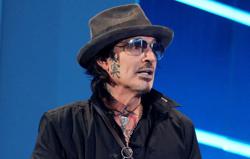 YANGON (Eleven Media News/Asia News Network): Myanmar actress Thinzar Wint Kyaw was arrested on the night of July 6, and is being interrogated, according to reports on the telegram channels and social media site.

An official from the Shan State Progressive Party/ Shan State Army (SSPP/ SSA) confirmed news of the arrest to the media.

On July 4, SSPP Info announced that she went to Hippar Waterfall and Wan Hai in Kethi Township, southern Shan State, to film a documentary for the development of Wan Hai area, at the invitation of SSPP/ SSA.

A statement from SSPP Info said that the Shan State Progressive Party/ Shan State Army (SSPP/SSA) had offered to film local development projects such as religion, education, health and transportation.

After the filming was completed, a car carrying Kyaw was stopped and detained at the checkpoint on the way out of Wan Hai on the morning of July 6.

When Maj-Gen Zaw Min Tun, the leader of the Information Team of the State Administration Council, was contacted in relations to the arrest of Kyaw, he replied that he did not know about the matter. 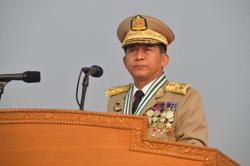