The moment Trịnh Văn Tài pulled the man from the rail track. - From CCTV footage

DONG NAI (Vietnam News/Asia News Network): A man narrowly escaped death after being saved by a rail worker at a level crossing on Tuesday (July 5) night in the southern province of Dong Nai.

The incident was caught on CCTV footage. At 7.35pm on Tuesday, the level crossing guard rushed to pull an apparently inebriated man to safety after he stumbled and fell on the rail track. This happened just four seconds before a speeding train passed through.

After being pulled from the track, the man was given first aid for cuts and bruises and was able to return home.

He told online newspaper Zing: “I was just thinking that I have to save him by all means without any fear of danger.

“The man appeared to be drunk. He did not intend to commit suicide but just tripped over. Only after saving him did I breathe a sigh of relief.”

Lê Đình Hà, Director of Saigon Railway Joint Stock Company, said that when hearing about the incident, the company immediately reported it to the leaders of the Vietnam Railway General Corporation asking for the rail worker to be rewarded for his bravery and selflessness.

"Today, the company's leaders also went to his workplace to give flowers, rewards and praise him as a prime example of bravery," he said. 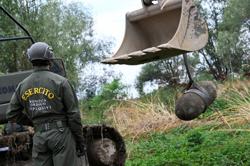 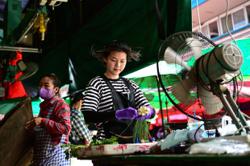