The renewed push to legalise medical marijuana gained momentum after a tweet by an Indonesian celebrity went viral.- AP

JAKARTA (The Jakarta Post/Asia News Network): The plight of a mother, whose plea to legalise medical marijuana was amplified by social media, has reignited discussions within the government and among lawmakers about making a limited exception for the banned substance in a country known for its firm anti-drug policy.

Indonesia Vice-President Ma'ruf Amin may have been the highest profile figure to wade into the topic last week, acting in his capacity as government caretaker-in-chief to get the Indonesian Ulema Council (MUI) to reconsider its stance.

But the renewed push to legalise medical marijuana gained momentum after a tweet by an Indonesian celebrity went viral - ironically - after World Drug Day on June 26.

At the time, singer Andien Aisyah tweeted a picture of Santi Warastuti, mother to 12-year-old Pika Sasikirana who has cerebral palsy, holding a sign saying, "help, my child needs medical marijuana," during Car-Free Sunday (July 3) in Jakarta that coincided with the international celebration.

The tweet has since been shared more than 40,000 times. Two days later, former MUI chairman Ma'ruf instructed the top Islamic clerical body to issue a fatwa to allow the use of marijuana for medical purposes.

In response, MUI's head of fatwa, Asrorun Niam Sholeh, said that while the council had previously declared marijuana to be haram, or forbidden, in accordance with Islamic principles, it would be open to reassessing the legality of marijuana for medicinal purposes.

"We will examine the issue in terms of its health, social, economic and regulatory," Asrorun said in a statement.

"Whether will come in the form of promoting an existing fatwa, strengthening regulations or recommending new rules or fatwa, we'll see."

"This is still for research purposes only," Budi said last Wednesday, as quoted by Kompas.com. "With research, there will be clear-cut data for us to argue scientifically."

Marijuana is categorised as a Class-1 drug under the 2009 Narcotics Law and is prohibited from being consumed in Indonesia, including for medicinal purposes.

There are two main components in cannabis: THC, or tetrahydrocannabinol, and CBD, or cannabidiol. While CBD is a promising, addiction-free option for pain relief, THC is the psychoactive component that causes addiction and is banned by the government.

Meanwhile, Santi's viral plea elicited a response from lawmakers. The pro-medical marijuana activist visited the House of Representatives last week to meet with Deputy Speaker Sufmi Dasco Ahmad, a Gerindra Party politician.This was followed by a separate visit to meet members of House Commission III overseeing legal affairs last Thursday, which is intent on revising the 2009 Narcotics Law as part of the national legislation programme.

Commission III deputy chairman Desmond Mahesa said after the meeting that lawmakers, pending further discussion with relevant parties, would consider establishing a joint task force to monitor the medical use of marijuana - should it be legalised.

The task force will consist of the Health Ministry, the National Police and the BNN, and will be part of a new provision to be included in the 2009 law revision.

In late 2020, Santi, along with two other mothers whose children also require marijuana as part of their medical treatment, filed a judicial review of the 2009 law at the Constitutional Court, which critics have lambasted for its sluggish progress.

"Yes, there has been newfound interest and the public is becoming more aware. But this is not a significant improvement, since from a legal standpoint, there have been no changes at the court," said Iftitahsari, a researcher at the Institute for Criminal Justice Reform (ICJR), on Monday.

Iftitahsari, who is an attorney for one of the plaintiffs in the judicial review, said one of the stickiest concerns is that legalising medical cannabis might lead to easier access for people outside the intended recipient group.

But she said this reasoning was misplaced, since there are existing mechanisms in place and also new measures that can be introduced to prevent illegal distribution.

"Once it's legalised, marijuana can be treated like any other medicinal product under the supervision of the BPOM (the Food and Drug Monitoring Agency). It could be made accessible only in certain locations, and would require a doctor's prescription," Iftitahsari explained.

Despite having gone through 11 hearings, Constitutional Court spokesperson Fajar Laksono said on Monday that no ruling had been reached on the subject.

The United Nations, based on recommendations from the World Health Organization (WHO), removed marijuana from its list of most dangerous narcotics due to its medical properties in 2020.

While some Western countries have begun relaxing restrictions on marijuana in recent years, it is still largely considered to be a dangerous drug in most South-east Asian countries.

Thailand, however, set a precedent in 2018 by becoming the first Asian country to legalise medicinal cannabis.

Earlier this year, Thailand further legalised the growing of marijuana and its consumption in food and drinks.

Other Asean countries, however, still stand firm against the drug. Indonesia, along with neighbouring Malaysia and Singapore, for instance, have had a track record of sentencing drug offenders to the death penalty, including for the trafficking of marijuana. 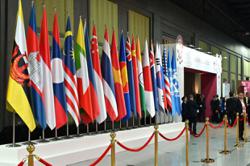