SINGAPORE (The Straits Times/Asia News Network): Out of the 67 recipients of this year's Bib Gourmand award, nine of them are new to the list.

The Michelin Plate is given to eateries with neither a Michelin star nor Bib Gourmand, but are recognised for having very good food.

Rounding off the new entries is Unagi Tei, which was formerly known as Man Man Japanese Unagi Restaurant. It is recognised as a new entrant because of its new name.

Ten eateries from last year are not on the list.

They include Ka-Soh's flagship restaurant at Outram Park, which shut on June 26; as well as nasi lemak restaurant The Coconut Club, which closed its Ann Siang outlet in March and recently reopened in Beach Road in end May.

The eateries on the Bib Gourmand - nominated by Michelin inspectors - offer diners value-for-money food priced at no more than $45.

Gwendal Poullennec, international director of the Michelin Guide, says: "With this selection of newly awarded Bib Gourmand locations, we celebrate the dynamism of the local food industry, which has neither lost at all its passion, nor its quality of offerings."

The Bib Gourmand release comes shortly before the upcoming Michelin Guide announcement of its Michelin-starred restaurants on July 12. It resumes a physical award ceremony format at Marina Bay Sands. 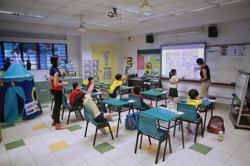 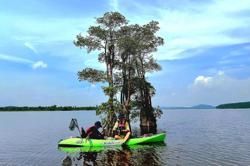