HANOI, July 1, 2022 (AFP): Vietnam's economy expanded in the second quarter at its fastest pace in 11 years thanks to a big rebound in exports and the lifting of punishing Covid-19 restrictions, authorities have announced.

Growth in the communist nation and manufacturing powerhouse had stuttered at around three percent for two consecutive years as the pandemic shut down most of the world and authorities imposed strict lockdowns.

But on Wednesday the General Statistics Office said gross domestic product grew 7.72 per cent on-year in April-June, its best performance since 2011.

Turnover from exports rose 21 percent to US$96.80 billion in the period, the GSO added.

Economic growth for the first half of the year was 6.42 percent, the GSO said, inching back towards the seven percent enjoyed before the pandemic in 2019.

Earlier this month the World Bank said Vietnam's economic recovery "remains strong" despite uncertainties caused by the war in Ukraine, lockdowns in China and inflation.

It urged authorities to be "vigilant" about inflation risks associated with rising fuel and import prices, warning they could dampen the recovery of domestic demand.

"Living costs are much higher due to the higher oil price," Nguyen Thi Huyen, an office worker in Hanoi, told AFP.

"It's bad that I have had to spend up to 10 percent more money for my family without any change in income. If this situation continues, life will be very difficult for us."

Vietnam reopened to the world in mid-March after almost two years of closure.

Authorities in the one-party communist nation are aiming for year-end GDP growth of up to 6.5 per cent. - AFP 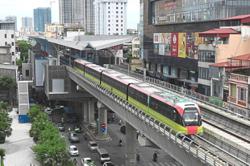