This was discussed at a meeting between Minister of Environment Say Samal and newly-elected 17th Philippine President Ferdinand Marcos Jr at his office in Manila on July 1, on the occasion of the latter’s swearing-in ceremony.

Prime Minister appointed Samal as government representative for the ceremony, which was held at the National Museum of Fine Arts on June 30, attended by many regional and global leaders.

The environment ministry said in a Saturday (July 2) statement that both sides spoke highly of the traditional friendship, cooperation and people-to-people exchanges between the two countries as well as the improved livelihoods across the board.

“The two sides discussed strengthening and expanding cooperation on agriculture, food safety, nutrition, energy security, commerce, and the shared fight against climate change, which is a common concern for the region and the world.

“The Philippines is ready to raise issues in priority areas to discuss with Asean leaders during the Asean Summit to be hosted by Cambodia later this year,” the ministry said. - Phnom Penh Post/ANN 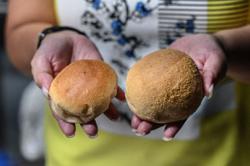