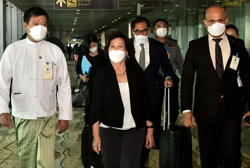 Prak Sokhonn – the Minister of Foreign Affairs and International Cooperation who is also presently serving as the Asean chair’s special envoy on Myanmar – made the call on Monday after Suu Kyi was reportedly transferred last week from house arrest in Naypyidaw to what observers described as much harsher conditions in the solitary confinement wing of the capital’s prison.

Sokhonn urged all parties to the conflict in the crisis-hit country and especially the SAC to begin negotiating towards a peaceful resolution and a national reconciliation without any further delay.

He said the talks must be inclusive and involve all factions currently involved in the conflict.

Sokhonn and his Asean colleagues expressed “deep concerns” and urged the SAC to facilitate her return to the home where she was originally detained.

“I have no doubt that these same concerns resonate far beyond Asean, considering that Aung San Suu Kyi is highly regarded internationally and considered by many in Myanmar as having played a critical role in your country’s return to normalcy after its long period of isolation.” — The Phnom Penh Post/ANN 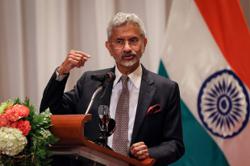