In Yangon, 33 kinds of narcotic drugs and precursor chemicals worth over 356.68 billion kyats (US$193 million - RM850 million), which were seized in the lower part of Myanmar, were destroyed on Sunday morning.

The destroyed drugs included heroin, cannabis, stimulant, methamphetamine and ecstasy among others in connection with 5,914 drug cases.

In Mandalay, 25 kinds of narcotic drugs and chemicals worth over 316.77 billion kyats (US$171 million) were destroyed.

In Taunggyi, 58 kinds of narcotic drugs worth over 515.36 billion kyats (US$279 million) were burnt on Sunday.

Home Affairs Minister Lieutenant General Soe Htut, in his capacity as Chairman of Central Committee for Drug Abuse Control (CCDAC), said in his message that the cultivation and production of opium poppy in Myanmar have reduced because of the efforts by successive governments to eliminate narcotic drugs.

However, the South-East Asian country is still faced with a new challenge arising from the growing problem of precursor chemicals, which are used to produce synthetic drugs such as Ice, also known as crystal methamphetamine, and ketamine, according to him.

A report from the United Nations Office on Drugs and Crime (UNODC) last year said that production and demand for opium had declined as the region's synthetic drug market continued to expand and diversify. 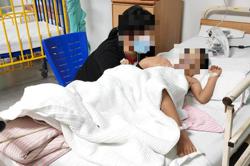