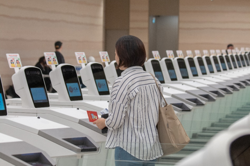 The Singapore Airlines Ltd. Krisflyer Gold Lounge in Terminal 3 at Changi Airport in Singapore. Singapore’s Changi Airport said on Saturday (June 11) that it will reopen two of its terminals that were shuttered due to Covid-19 as travel springs back faster than expected. - Bloomberg

SINGAPORE, JUne 11 (Bloomberg): Singapore’s Changi Airport will reopen two of its terminals that were shuttered due to Covid-19 as travel springs back faster than expected.

Terminal 4 will reopen in September and departure operations in the southern wing of Terminal 2 will restart from October, Changi Airport Group (Singapore) Pte said in a statement Friday.

The added capacity will allow the airport to better cope with an influx of passengers in the northern hemisphere winter.

Singapore is welcoming travelers again after it removed all quarantine and testing rules for fully-vaccinated people in early April. Singapore Airlines Ltd. aims to be operating at 67% of its pre-Covid capacity by September.

While Terminals 1 and 3 have been operating during Covid, Terminals 2 and 4 were shut. One of Terminal 2’s halls was reopened in late May.

With passenger traffic reaching 48% of pre-pandemic levels in the first week of June, more airlines are asking for flights, according to Changi’s statement.

"This growth trajectory will continue, the momentum will be sustained,” Singapore Transport Minister S. Iswaran said at a briefing at the airport Friday. The reopening of the terminals will bring annual operating capacity to as high as 70 million passengers, he added.

Last month, he said passenger traffic at Changi was already near 50% of what it was before the pandemic, a target the government previously only expected to reach later in 2022. Singapore has also resumed plans for construction of a fifth terminal, with building work expected to start in two to three years.

Changi handled 4.5 million passengers in the first four months of this year, compared with 3.05 million in all of 2021. In 2019, it handled over 68 million passengers. The airport has said it has more than 6,600 job openings to help meet the recovery in travel demand.

The aviation industry globally is struggling to meet the faster-than-expected recovery in travel, with reports of manpower shortages cropping up almost daily. Some airlines are canceling flights because of a lack of flight crew, and millions of passengers are spending more time in long lines at airports. 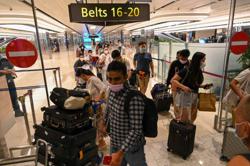 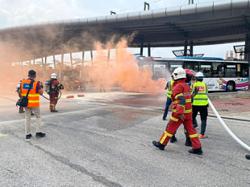