Garuda Indonesia plans to resolve its debt with new bonds 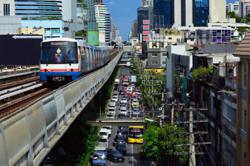 JAKARTA, June 11(Bloomberg): PT Garuda Indonesia plans to issue new debt to cover its liabilities, according to a restructuring proposal made by the embattled airline in a Jakarta court this week.

Holders of the airline’s dollar sukuk would get another sukuk with a 6.5% return, while banks would receive a 0.1% rate of interest, the documents show.

Creditors are due to vote on the plan at another court date next week.

Like much of the aviation sector, Garuda’s business suffered due to the Covid-19 outbreak. It currently is operating only 20% of its pre-pandemic fleet, limiting its ability to raise revenue to repay debts and compete with its rivals home and abroad as the travel recovers.

A key element of the restructuring was made public earlier this week when administrators for Garuda acknowledged claims worth 120.5 trillion rupiah ($8.3 billion).

Garuda said earlier in the year that it wanted investors to take a haircut of 81 cents on the dollar.

Once the plan on revamping its pile of debt is approved, the government is proposing a rights issue to raise funds. - Bloomberg