BANGKOK, May 29 (The Nation Thailand/ANN): Scrapping the Test & Go scheme has been a blessing for the Thai tourism industry, with some 20,000 foreigners landing in the country daily.

Government spokesman Thanakorn Wangboonkongchana said on Sunday that the government is not ignoring the tourism sector as alleged by the opposition.

He pointed out that after the Test & Go scheme was dropped on May 1, Thailand has been welcoming some 20,000 foreign tourists daily.

The Test & Go scheme required tourists to take an RT-PCR test and stay in quarantine until a negative test result was released.

Thanakorn said that judging by this uptrend, the government now expects at least 500,000 tourist arrivals every month during the low season from May to September, mostly from countries nearby.

He added that the arrivals should more than double during the high season from October to December because Thailand is a great getaway for people from Europe and the US during the winter months.

The spokesman went on to say that the government expects Chinese tourists to start returning late this year. Once Chinese tourists return, he said, the number of foreign arrivals should surge to nearly 10 million or about 50 per cent of the pre-Covid level.

He said if the arrivals rise as expected, then the country should easily be able to generate some 1.5 trillion baht in revenue this year.

However, he said, even though the Test & Go scheme has been cancelled, foreign tourists still need to register their arrival via the Thailand Pass website, provide proof of Covid-19 vaccines or a negative RT-PCR test taken within 72 hours prior departure as well as a US$10,000 insurance policy.

From June 1, these rules will not apply to Thai nationals returning from overseas, Thanakorn said, adding that all border checkpoints will also be reopened from next month. - The Nation Thailand/ANN 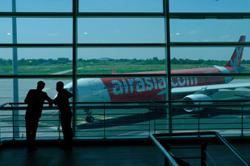