Five month import-export turnover up 15.6 per cent in Vietnam 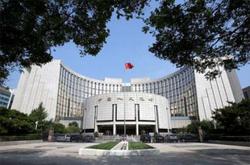 HANOI, May 29 (Vietnam News/ANN): Vietnam’s import-export turnover during the first five months of this year reached US$305.1 billion, a year-on-year increase of 15.6 per cent, according to a report released on Sunday from the General Statistics Office of Vietnam (GSO).

Of the total, Vietnam reported US$152.81 billion in export revenue, a year-on-year increase of 16.3 per cent.

Twenty-six groups of commodities posted an export value of over US$1 billion each, with six with over US$5 billion, in the first five months of 2022.

Meanwhile, imports turnover reached US$152.29 billion, a 14.9 per cent increase year-on-year with the domestic sector accounting for US$53.36 billion and the foreign-invested one US$98.93 billion, up 14.7 per cent and 14.9 per cent, respectively.

The US remained Vietnam's largest export market with an estimated turnover of US$46.7 billion, while China was the largest import market with US$49.6 billion in the first five months of 2022.

The country posted a trade surplus of US$516 billion in the period.