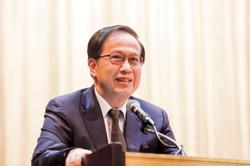 In a speech delivered via video link to an international conference on the future of Asia, Hun Sen said Asian countries should work in tandem to further promote regional cooperation that is open, transparent, inclusive, complementary and mutually beneficial.

"The Regional Comprehensive Economic Partnership (RCEP) is the best example of an open, inclusive and rules-based trading system that reflects a true aspiration and commitment of participating countries to enhancing regional cooperation," he said.

"In this regard, we need to continue and make greater efforts to promote other regional initiatives and cooperation aimed at leveraging the potential of Asia's development to its maximum," he added.

The Cambodian leader said that all countries should adhere to the principles of "multilateralism and rules-based international cooperation," saying that Asia must continue to uphold the two rules.

"We must not allow any country to be hindered in its development efforts by the imposition of unilateral sanctions, embargoes, or other coercive economic measures that violate international law as well as the core principles and purposes, as enshrined in the United Nations Charter," Hun Sen said.

He said all countries must adhere to the principle of peaceful co-existence, non-interference, and respect for one another's livelihood, tradition, customs, and history, which are the highest values in ensuring a sustainable and inclusive global development.

"We must continue to maintain and strengthen Asia's unity and solidarity amongst countries in Asia, as it is the key to promoting peace, security, stability, and development in the region and the world," Hun Sen said.

Kin Phea, director-general of the International Relations Institute of Cambodia, said the RCEP free trade pact is multilateral trade cooperation and its structure is truly meant to benefit all participating countries as all will be governed under the same trade rules.

"RCEP is the most ambitious regional free trade agreement in Asia in which China has played a vital role in converting Asian economy into a core economic polar aimed at averting protectionism and the widespread negative impacts of the trade war," he told Xinhua.

"RCEP is instrumental in subverting creeping unilateralism because it pulls all bilateral free trade agreements into one economic sphere, under one blanket trade ruling," Phea added.

Being the world's largest trade bloc, RCEP established a market of 2.2 billion people or 30 percent of the world population with a combined Gross Domestic Product (GDP) of US$26.2 trillion which represents around 30 percent of the global GDP and 28 per cent of global trade.

The pact will eliminate 90 per cent of tariffs on goods traded between its signatories over the next 20 years.

"This mega-regional trade pact has served as a catalyst for regional and global economic growth and undoubtedly, and all participating countries will benefit from it at different levels," senior economist Ky Sereyvath, director-general of the Institute of China Studies at the Royal Academy of Cambodia, told Xinhua.

"I believe that it will become a new center of gravity for global trade in the future," he said.

Thong Mengdavid, a research fellow at the Phnom Penh-based Asian Vision Institute, said the trade deal offered an opportunity for regional countries to defend trade liberalization and promote economic integration, which are key to the post-Covid-19 recovery.

"The successful story of RCEP serves as a role model for multilateralism and is a hope for cross-regional economic cooperation and connectivity in the post-pandemic era," he said. 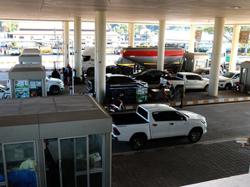