In this file photo taken on Nov 3, 2021, activists hold placards before submitting a memorandum to parliament in protest of the impending execution of Nagaenthran K. Dharmalingam, - AFP

SINGAPORE (The Straits Times/Asia News Network): The two lawyers who acted for Malaysian drug trafficker Nagaenthran K. Dharmalingam in a last-ditch attempt to halt his execution were on Wednesday (May 25) ordered to pay S$20,000 in costs to the Attorney-General's Chambers (AGC).

M. Ravi, who did most of the work, was ordered by the Court of Appeal to bear 75 per cent of the costs, while Ms Violet Netto, who later took over as the lawyer on record, was held liable for 25 per cent.

The AGC had originally sought personal costs totalling $40,000 against Ravi and Netto for setting out to delay Nagaenthran's execution by filing unmeritorious applications, which caused it to incur unnecessary costs.

Under the law, the court has the power to order personal costs against a lawyer who causes the incurring of unnecessary costs by acting improperly, unreasonably or negligently.

On Wednesday, a five-judge Court of Appeal, led by Chief Justice Sundaresh Menon, said it would be apparent to any reasonable defence counsel that the case advanced by the duo lacked factual basis.

The court reiterated that the way the case had been conducted was a blatant and egregious abuse of the court process.

Instead of putting their best case forward at the first instance, the lawyers "drip fed" the supposed evidence and tendered documents at the last possible moment, said the court.

The court also rejected Ravi's argument that he and Ms Netto cannot be made to pay personal costs as they are no longer practising lawyers.

Nagaenthran was convicted of trafficking 42.72g of heroin in 2010 and given the mandatory death penalty. His appeals against his conviction and sentence were dismissed in 2011.

Over the years, Nagaenthran filed a total of seven applications to challenge his death sentence.

Days before he was scheduled to be hanged on Nov 10 last year, Mr Ravi filed an applicaton seeking judicial review of the impending execution.

Ravi also filed another application, asking for a stay of execution for Nagaenthran to be assessed by a panel of psychiatrists.

The main argument was that the death sentence could not be carried out because Nagaenthran was mentally disabled.

The case was argued by Netto, assisted by Ravi, before the apex court on March 1.

On March 29, the court dismissed the legal actions, saying that the case was baseless and that there was no admissible evidence of any decline in Nagaenthran's mental condition.

The court said the proceedings brought by Nagaenthran amounted to an abuse of the court's processes and had been conducted with seeming aim of delaying his execution.

On April 26, a last-minute application by Nagaenthran's mother to halt his rescheduled execution was dismissed by the court.

He was hanged at Changi Prison Complex on April 27. 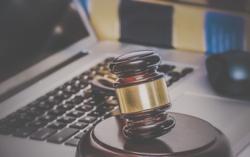