JAKARTA (The Jakarta Post/Asia News Network): Two Cabinet ministers recently visited Indonesia’s northernmost regency in a show of the government’s commitment to maintaining territorial integrity and developing the economies of outlying regions, but experts say its commitment in the long term remains to be seen.

The ministers’ visit was part of the launch event for the 2022 Border Area Integrated Development Movement (Gerbangdutas) of the National Border Management Agency (BNPP).

The Talaud Islands is made up of 17 islands, but only seven are inhabited. The regency’s administrative centre is located in Melonguane district on Karakelang Island, the largest in the island chain.

Mahfud said that developing outlying areas was part of the government’s effort to assert Indonesia’s territorial sovereignty and to protect its citizens as mandated by the Constitution.

“Here we are reiterating, symbolically, that we are a sovereign nation. Do not play with Indonesia’s borders,” Mahfud said at the launch event.

He added that the government was committed to developing the country’s outlying areas as mandated by the 2008 law on territorial regions, which also stipulated the formation of a special body to manage outlying development areas, currently delegated to the BNPP.

“Border areas are very vulnerable. Sometimes they are poorer [than other regions] and they face conflicts and legal issues that are unique to them, such as smuggling,” Mahfud said.

The agency had a programme budget of around Rp 10.5 trillion this year from the state budget. Tito said developing border areas was in line with President Joko Widodo’s mission to develop remote villages and regions to make development more equitable, “especially on [outlying] islands”.

“If they are developed well, they will enhance national security and boost nationalism among our people living in such areas,” he added.

For example, northernmost Sekatung Island of the Riau Islands’ Natuna regency had little human presence other than a naval base, while Miangas had a thriving civilian population.

While lauding the government's expanded approach, experts have underlined that outlying areas were susceptible to a wide range of problems. Dedi Dinarto, an associate at public policy advisory firm Global Counsel who focuses on Asia and Indonesia in particular, said the Gerbangdutas was a solid programme that aimed to reach outlying areas that were usually left behind other regions on major islands.

“But the question remains, how committed is the government to increasing public services in these border areas?” Dedi told The Jakarta Post on Tuesday.

Expounding on the unique challenges of outlying regions, he said that Miangas Island faced not only infrastructural challenges such as access to clean water and transportation, but also economic challenges, as the local economy had been hit hard by the Covid-19 pandemic.

Dedi noted that Miangas did not have security issues of the same level as the Natuna Islands, which saw repeated encroachment by foreign fishing vessels. Even so, the waters around Miangas were still vulnerable to the activities of terror group Abu Sayyaf, based in the southern Philippines.

He said the maritime security enforced by the Indonesian Navy and the Indonesian Maritime Security Agency (Bakamla) had been largely adequate, but the number of patrols might need to be increased.

“The government should focus now on managing resources to build essential aspects of governance that people living in the country’s border areas need,” he emphasised.

William Areros, a business administration professor at Sam Ratulangi University in Manado, is calling for both the central government and local administrations to work harder for the security and prosperity of the people living on small islands.

The North Sulawesi administration, he said, should create its own priority programs for island residents in outlying regions, such as improving communication and other elements of the local infrastructure, as well as supporting businesses based on outlying islands.

“We also need to increase security, both land and [marine], as there are still many cases of people leaving to the neighbouring Moro region of the Philippines due to limited jobs, while the waters around Talaud are also susceptible to smuggling,” William said on Wednesday. 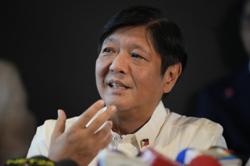