BEIJING (AFP): China's foreign minister will this week kick off a visit to a host of Pacific nations including the Solomon Islands, Beijing confirmed Tuesday (May 24), after the two nations sealed a security pact last month.

Wang Yi's trip comes at a time of heightened United States and Australian concern about China's intentions in the South Pacific.

The trip from Thursday until June 4 is "beneficial to the peace, stability and prosperity of the Asia-Pacific region", Chinese foreign ministry spokesman Wang Wenbin told reporters on Tuesday.

On the trip, Wang Yi (pic) will visit eight countries including the Solomons, Papua New Guinea, Fiji, Kiribati and Samoa, as well as holding video calls with Micronesia and the Cook Islands.

The Solomon Islands government confirmed the China visit in a statement Monday -- the day Australia's Prime Minister Anthony Albanese was sworn in.

Solomons Prime Minister Manasseh Sogavare said the Chinese foreign minister's one-day visit at the head of a nearly 20-strong delegation would be a "milestone" in the two countries' relationship.

The Chinese minister will spend one day in Honiara visiting Sogavare, and hold a joint news conference with foreign minister Jeremiah Manele.

Sogavare said he looked forward to a "productive engagement with Beijing, "an important development partner at a very critical time in our history".

China's foreign minister will sign "a number" of agreements with the Solomons, the statement said, without mentioning the security pact.

Washington and Canberra fear the new security deal -- details of which have not been released -- could lead to China gaining a military foothold in the South Pacific.

An earlier, leaked draft of the China-Solomons security deal included measures that would allow Chinese naval deployments to the Solomon Islands, which lies less than 2,000km (1,200 miles) from Australia.

The Solomon Islands government severed ties with Taiwan in September 2019 in favour of diplomatic relations with China, a switch that unlocked investment but stoked inter-island rivalries.

News of the China visit emerged alongside a meeting of the US, Japanese, Australian and Indian leaders at a "Quad" summit in Tokyo on Tuesday, with the aim of countering China's growing economic and military clout in the region. 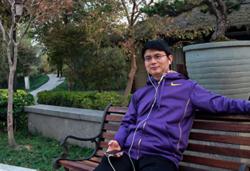