JAKARTA (The Jakarta Post/Asia News Network): The Bali administration has requested that the central government give Bali a Covid-19 endemic status to boost tourism.

“I ask you to please determine the endemic status for Bali to accelerate the recovery of Bali's tourism and economy,” Bali Governor Wayan Koster wrote in an official letter signed on Tuesday (May 17) and to the health minister.

Koster emphasised that Bali tourism and economic recovery were urgent as Bali had been facing its deepest slump for more than two years. The governor said Bali deserved the endemic status as the number of Covid-19 cases had decreased significantly.

“The number of new cases is stable at 10 to 20 cases per day, the positivity rate is always under 2 per cent, the cumulative cured rate reached 97 per cent and the death rate is close to zero,” Koster said, adding that 70 per cent of Bali residents had gotten their booster vaccination.

He further emphasised that the number of cases had decreased even though many public events were being held across the resort island, including two international meetings, as well as many religious and cultural events.

In the same month, tens of thousands of people flocked to Besakih Temple for three weeks in a row for a religious ceremony. A street parade of ogoh ogoh (giant effigies) also involved many people on the eve of Nyepi (Day of Silence).

Koster also emphasised that many policies to ease the requirement for travellers had not led to an increase in Covid-19 cases.

The governor cited that the significant increase of domestic tourists during Idul Fitri had had no impact on the number of Covid-19 cases.

“The stable situation continues to be maintained even though we have a no-quarantine policy and visa on arrival policy for international travellers from 60 countries,” he said.

After a two-year slump, I Gusti Ngurah Rai International Airport has recorded a significant increase in international tourist arrivals in the past few months, with some 3,000 people arriving per day.

“The average number of international passengers arriving and departing from and into Bali so far this month reached around 6,000 people per day,” the airport’s general manager Herry A.Y. Sikado said Tuesday.

The latest flight reactivated was AirAsia’s Denpasar to Perth in Australia. The airline will fly the route four times a week.

The World Health Organization (WHO) has warned that Covid-19 was far from becoming an endemic disease and could still trigger large outbreaks around the globe.

WHO Health Emergencies Programme director Michael Ryan said last month that it was wrong to think that if Covid-19 settled down and became endemic, it would mean the end of the problem.

“I certainly do not believe we’ve reached anything close to an endemic situation with this virus,” Ryan said as quoted by AFP.

Ryan said the coronavirus had not yet settled into a seasonal or transmission pattern, and remained capable of causing huge epidemics.

“Don’t believe that endemic means it’s over, it’s mild or not a problem; that’s not the case at all,” Ryan said, citing tuberculosis and malaria as endemic diseases that still killed millions of people per year. 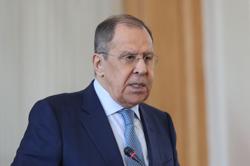