TOKYO, May 10 (Reuters): Japan and South Korea have agreed that their frayed relationship can be improved, Japanese Foreign Minister Yoshimasa Hayashi said on Tuesday after meeting Yoon Seok-yeol, the new president of the neighbouring nation.

Yoon was sworn in at a time when Washington is seeking to boost three-way security co-operation with Tokyo and Seoul amid renewed missile and nuclear threats from North Korea.

Ties between the key U.S. security allies in North Asia have been dogged by the bitter legacy of Japan's 1910-1945 occupation, with recent disagreements on issues ranging from wartime forced labour to export controls.

Yoon said he would like to improve ties by maintaining close communication, Hayashi told reporters.

"South Korea is an important country and cooperation ... is indispensable for the stability of this region, including response to North Korea," Hayashi said after attending Yoon's inaugural ceremony in Seoul.

"We agreed that we should not leave the Japan-South Korea relations getting worse," he added, making specific mention of co-operation between Japan and South Korea as well as Japan, the United States and South Korea.

Yoon told Hayashi he hoped to meet Japanese Prime Minister Fumio Kishida soon, and work with him to improve ties, according to a pool report from the South Korean presidential office.

On Monday, Rahm Emanuel, the U.S. ambassador to Tokyo, said he viewed Hayashi's trip to Seoul as "significant" since it could place their relations on a "better footing". - Reuters 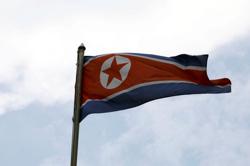