These false allegations were asserted in an affidavit filed by Nagaenthran's mother, Madam Panchalai Supermaniam. AFP

SINGAPORE (The Straits Times/Asia News Network): Various individuals and groups, in and outside Singapore, had repeated false allegations that sought to cast aspersions on the involvement of Chief Justice Sundaresh Menon in the case involving Malaysian drug trafficker Nagaenthran K. Dharmalingam, said the Attorney-General's Chambers (AGC).

In a statement released on Wednesday (April 27) after Nagaenthran was hanged, the AGC said it "takes a serious view of any act that may constitute contempt, and will not hesitate to take appropriate action to protect the administration of justice".

ALSO READ: Last-ditch bid to save Nagaenthran from gallows fails

These false allegations were asserted in an affidavit filed on Monday (April 25) by Nagaenthran's mother, Panchalai Supermaniam, in an eleventh-hour attempt to halt his execution that was dismissed by the court on Tuesday.

Nagaenthran, 33, was convicted of trafficking 42.72g of heroin in 2010 and given the mandatory death penalty.

He had exhausted his rights of appeal and was first scheduled to be hanged on Nov 10 last year, but filed a last-ditch application seeking to challenge his death sentence.

On March 29, a five-judge Court of Appeal, led by Chief Justice Menon, rejected his bid, calling it a blatant and egregious abuse of the court's processes.

Nagaenthran's lawyers had claimed he was mentally disabled, but the court said there was no admissible evidence to support this.

The inmate's execution was rescheduled to April 27, but his mother joined him in filing the last-minute application to halt the execution.

ALSO READ: Nagaenthran got to wear his favourite outfit before his death, says activist

Court papers filed on behalf of mother and son on April 25 sought to stay the execution on the ground that Chief Justice Menon ought not to have presided over Nagaenthran's matters, as his tenure as Attorney-General overlapped with Nagaenthran's prosecution.

This application was dismissed on Tuesday by a three-judge court, led by Justice Andrew Phang.

In Wednesday's statement, the AGC said it was the seventh application, not including appeals, brought by Nagaenthran after his appeal against conviction was dismissed in 2011, more than 10 years ago.

"It is the latest attempt to abuse the court's processes and unjustifiably delay the carrying into effect of the lawful sentence imposed on Nagaenthran," said the statement.

The AGC noted that Madam Panchalai, in representing herself, claimed that her application and affidavit had been prepared and filed with the assistance of "friends and social activists".

Reiterating its arguments before the court on Tuesday, the AGC said in the statement that the legal papers for this latest application were clearly prepared under legal advice.

The AGC noted that the correspondence e-mail address kirstenhan@hey.com provided by Panchalai did not appear to be hers, and the legal papers had been signed by someone else.

"It appeared that those advising Madam Panchalai had deliberately failed to inform her that Nagaenthran had expressly stated that he had no objections to (Chief Justice Menon) hearing his matters, and that there was therefore no basis for her application."

The AGC noted that Nagaenthran had expressly confirmed in 2016, under legal advice, that he had no objections to Chief Justice Menon hearing his case.

This confirmation, which is in the court's records, was made after it had been specifically brought to his counsel's attention that Chief Justice Menon's tenure as Attorney-General overlapped with Nagaenthran's criminal proceedings, said the AGC. 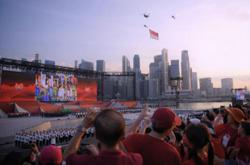 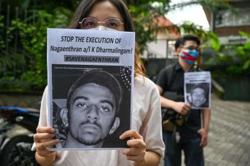