Image from The Straits Times/ANN.

SINGAPORE, Jan 29 (The Straits Times/ANN): The recent phishing saga involving customers of OCBC Bank has highlighted the epidemic of scams in Singapore, where victims have lost more than $965 million in just over 5½ years, checks by The Straits Times showed.

Scammers pocketed a record high $268.4 million in total in 2020, a figure Home Affairs and Law Minister K. Shanmugam revealed last year in a written response to a parliamentary question on scams.

The authorities have acknowledged the difficulties in tackling the problem - many of the perpetrators are based overseas, and when the monies have been transferred, recovery has been hard.

But the police have had some success.

Their Anti-Scam Centre said that of the 7,400 scam reports it received in the first half of last year involving losses of more than $201.7 million, the authorities were able to recover $66 million.

Internet love scams have remained one of the most lucrative scams in Singapore since 2011.

Police said 90 per cent of the scams in Singapore had originated from overseas.

They added that they have worked closely with foreign law enforcement agencies to monitor and share information on emerging scams and conduct joint operations to cripple syndicates.

The police said that last year, the Anti-Scam Division (ASD) of the Commercial Affairs Department worked with the Royal Malaysia Police, Hong Kong Police Force and the police force in Taiwan.

Speaking to the media on Thursday (Jan 27), Deputy Assistant Commissioner (DAC) of Police Aileen Yap said the joint operations led to the arrest of 230 suspected syndicate members. DAC Yap is the assistant director of the Commercial Affairs Department's ASD.

Some are believed to have rented out their bank accounts to scammers or assisted them by carrying out bank transfers and withdrawals.

The Covid-19 pandemic has not slowed down the syndicates, with more victims falling for job scams, the Anti-Scam Centre said.

"Scammers are quick to adapt their tactics and scripts to keep up with the current climate.

"During the pandemic, scammers have impersonated government officials to phish for personal particulars from victims," police said.

Criminologist Olivia Choy, from Nanyang Technological University's psychology department, said financial and emotional stress triggered by the pandemic could have made people more vulnerable to scams.

"Such stressors can lead to poorer decision-making, and with more people going online for work and leisure, there is an influx of potential victims for opportunistic scammers," she added. - The Straits Times/ANN 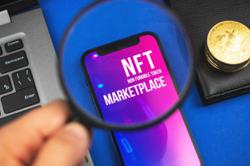