KUCHING, Jan 24 (Bernama): The Sarawak government will continue its plan to open a Sarawak Trade and Tourism Office in Brunei and Kalimantan, Indonesia after the Covid-19 pandemic abates.

"(Plans to open such offices in Bandar Sri Begawan and Pontianak in Kalimantan) are a bit disrupted due to the COVID-19 pandemic these last two years,” he said at a media conference after launching the largest Sarawak-themed mural painting at the Borneo Convention Centre Kuching (BCCK) today.

He said the plan to open the office in Kalimantan was made following the decision of the Indonesian government to shift its national capital from Jakarta to Kalimantan which would spur growth in Borneo island including Sarawak and Sabah.

"The highway infrastructure being constructed and air travel will be much easier and we will be closer to the national capital they call Nusantara,” he added.

Abdul Karim said large companies in Sarawak were also likely to be interested to be involved in development across the border, adding he believed that the gas and oil, construction and food industries would receive the benefits.

Meanwhile, at today’s event, Abdul Karim said student artists would paint the 181-metre mural in a bid to gain entry into the Malaysia Book Of Records as the Largest Sarawak Themed Mural Painting expected to be completed in May this year. - Bernama 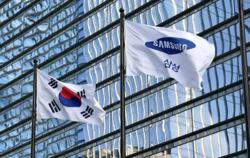