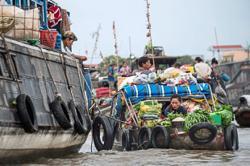 JAKARTA (The Jakarta Post/Asia News Network): Jakartans are being called upon to be more vigilant and consider once again the possibility of working from home, after authorities flagged the city as the “first battleground” in the fight against the Omicron Covid-19 strain, amid worrying predictions of a third infection wave in the coming weeks.

The capital, which is at the centre of the Greater Jakarta megalopolis, is home to some 12 million people and hosts millions more commuters from a handful of satellite cities around it, making it a nightmare for city administrators looking to curb the spread of a highly contagious variant.

It is also the main gateway for international arrivals to the country, and has had its fair share of experiences being the epicentreof outbreaks earlier on in the pandemic.

Health Minister Budi Gunadi Sadikin said on Sunday (Jan 16) that Jakarta would become the first region in the country to feel the full impact of the Omicron outbreak, as the number of cases of local transmission slowly catches up with the sum of imported cases quarantined at the point of entry.

As a result, the government would pay special attention to Covid-19 mitigation in the capital, considering the share of new Covid-19 cases being recorded there.

“Currently 90 per cent of all local Covid-19 infections have occurred in Jakarta. This is in contrast to last week, when imported cases dominated transmission in the capital,” Budi said in a press conference on Sunday.

The number of active Covid-19 cases in Jakarta has more than doubled in the past week, from 1,874 cases on Jan 9 to 3,816 on Sunday – a day after it recorded the highest rise in the daily infection caseload since August.

The city has reported 720 cases of the Omicron variant, a fifth of which have occurred locally.

Due to the nation’s inadequate testing and tracing, however, experts believe the cases could be significantly more widespread than shown by the official data.

Hospitaliaations, while generally lower among Omicron infections due to its perceived milder symptoms, have also jumped from 4 to 19 per cent in Jakarta in just two weeks.

In spite of this, Jakarta Deputy Governor Ahmad Riza Patria said the city was “prepared for battle against the new Omicron variant” and would continue to work together with the central government to mitigate the outbreak.

Riza was well aware that as the nation’s capital and the site of transit for foreign citizens entering the country, travellers returning from overseas were at a greater risk of being exposed to the Omicron variant.

“[That is why] all of our efforts require the participation and support of everyone, particularly the residents of Jakarta and the rest of Indonesia,” he told reporters at the National Library in Central Jakarta on Monday, as quoted by tribunnews.com.

In June of last year, a devastating second wave of infections fuelled by the Delta variant pushed the capital’s healthcare system to the brink of collapse, with more than 90 per cent of available Covid-19 hospital beds occupied.

Makeshift tents set up outside crowded facilities, hospital corridors overflowing with the sick lying on gurneys and infected patients being turned away from places unable to cope with the transmission surge were common sightings.

This time, the city is keen to learn from past mistakes. Coordinating Maritime Affairs and Investment Minister Luhut Pandjaitan, who oversees Covid-19 mitigation in Java and Bali, said on Sunday that the impending third wave of infections looked likely to peak sometime between the end of February and early March, and that the central government had prepared special measures for Jakarta.

"We will accelerate the booster rollout for the public, especially in Greater Jakarta. We will also enforce stricter health protocols. From now on, only people who have been fully vaccinated may access public spaces in all of Java and Bali," he said in the weekly briefing. A

As of Monday, more than 100 per cent of Jakarta's 8 million targeted population are fully vaccinated with two doses.

Since the booster rollout for the public started last week, Jakarta has managed to put a third jab into the arms of some 69,000 vulnerable residents, including the elderly and the immunocompromised. City authorities aim to give boosters to some 8 million Jakartans over the age of 18.

Luhut reiterated the importance of forgoing overseas travel to curb the spread of Omicron, and said that strict mobility curbs would be employed “only as a last resort”.

He did not reveal any changes to community activity restrictions (PPKM) for the capital, although a spokesman confirmed with a local news outlet on Monday that the multitiered PPKM scheme would be extended across the islands at least until Jan 24, and that the corresponding ministerial instruction was currently being updated.

As an administrative region, parts of Jakarta have been dithering between PPKM levels 1 and 2 – the most lenient of activity curbs that govern everything from which public facilities are allowed to open, to whether schools are allowed to hold in-person instruction.

Riza previously insisted that classroom learning would continue in the capital, in spite of the fact that at least 15 schools had been shuttered due to the discovery of Covid-19 infections among students and teaching staff.

It remains to be seen if the capital will have to be upgraded to level 3 or 4 curbs this week.

However, Minister Budi said that the impending surge of Omicron infections was not likely to strain the capital’s healthcare system as much as the Delta variant did, as data from other countries suggest that the rate of hospitalisation due to Omicron is up to 40 per cent lower than for Delta. 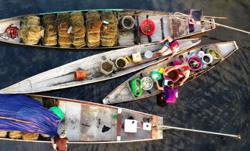 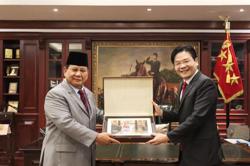