The US Congress gave its final stamp of approval to forced labour legislation to ban imports from the Xinjiang Uygur autonomous region in China, clearing the bill’s way to the White House where US President Joe Biden is expected to sign it into law.

Two days after the Uygur Forced Labour Prevention Act breezed through the House of Representatives, senators approved it on Thursday by unanimous consent, a procedure for uncontroversial bills with broad bipartisan support.

The vote was the second attempted in the Senate in as many days, after an earlier effort was thwarted by an objection from Democrats.

First introduced in early 2020, the legislation creates a “rebuttable presumption” that all goods sourced wholly or in part from Xinjiang are tainted by the use of forced labour in their production and thus not eligible for import into the US. 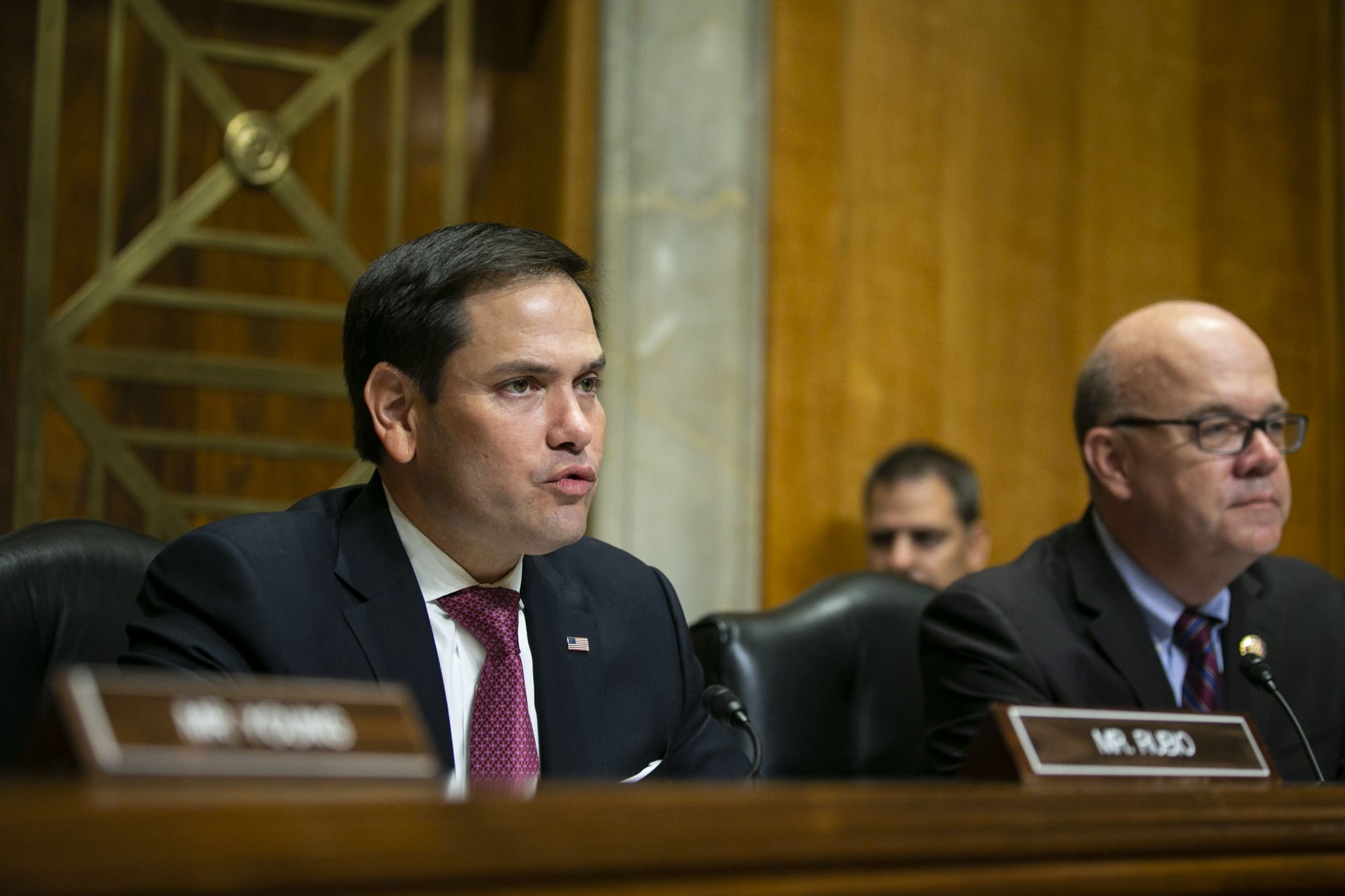 Companies can appeal the ban but must provide “clear and convincing evidence” that their products’ supply chain is free from forced labour. Experts say that standard is practically impossible to meet, given the challenges auditors face in gaining unrestricted access to the region.

Beijing is accused of overseeing a far-reaching crackdown on Uygurs and members of other ethnic minority groups in Xinjiang, including mass detention, forced labour and political indoctrination. China denies the charges, considers the bill “political manipulation” and has vowed countermeasures.

Amid increasing international scrutiny of Beijing’s actions in Xinjiang, many companies have already begun to extract their supply chains from the region.

US imposes sanctions against China over abuse of Uygurs

“For those who have not done that, they’ll no longer be able to continue to make Americans – every one of us, frankly – unwitting accomplices in the atrocities and the genocide that’s been committed by the Chinese Communist Party,” said Senator Marco Rubio, the Florida Republican who was the bill’s main sponsor in the Senate.

Biden will have 10 days to sign the bill once it arrives on his desk. On Tuesday, the White House for the first time gave its explicit endorsement of the legislation, saying more needed to be done to challenge Beijing on the forced labour issue.

[The bill is] the most consequential piece of legislation Congress has passed in years to hold US corporations accountable for profiting from labour rights abuses abroad
Joanna Ewart-James, executive director of Freedom United

Thursday’s vote came after lawmakers struck a deal to reconcile the House and Senate versions of the bill, in particular how soon after Biden’s signature the ban would take effect.

The final version also removed provisions that would have required publicly listed companies to declare any dealings with entities tied to the surveillance or detention of Uygurs.

Even with the alterations, rights groups hailed the bill’s passage as a significant step toward countering forced labour in China and as a rebuke to major US corporations that had lobbied against its enactment.

Joanna Ewart-James, executive director of Freedom United, a group combating modern slavery, called the bill “the most consequential piece of legislation Congress has passed in years to hold US corporations accountable for profiting from labour rights abuses abroad.”

And as well as bolstering Washington’s ability to enforce its long-standing ban on goods made with forced labour, the act was an “important step towards levelling the playing field so the United States can establish a domestic solar supply chain, which is critical to success in the clean energy economy,” said Cathy Feingold, international director at the AFL-CIO, the largest federation of unions in the US.

Passed alongside the legislation on Thursday was an agreement to move ahead with Senate votes on a number of foreign service nominees, including Biden’s pick to be ambassador to China, Nicholas Burns.

That deal – crafted by Senator Chris Murphy, Democrat of Connecticut – saw Rubio lift his hold on Burns’ nomination; Rubio had previously objected because of the long-time diplomat’s business ties to China.

Votes on Burns and two other State Department nominees were expected later on Thursday. 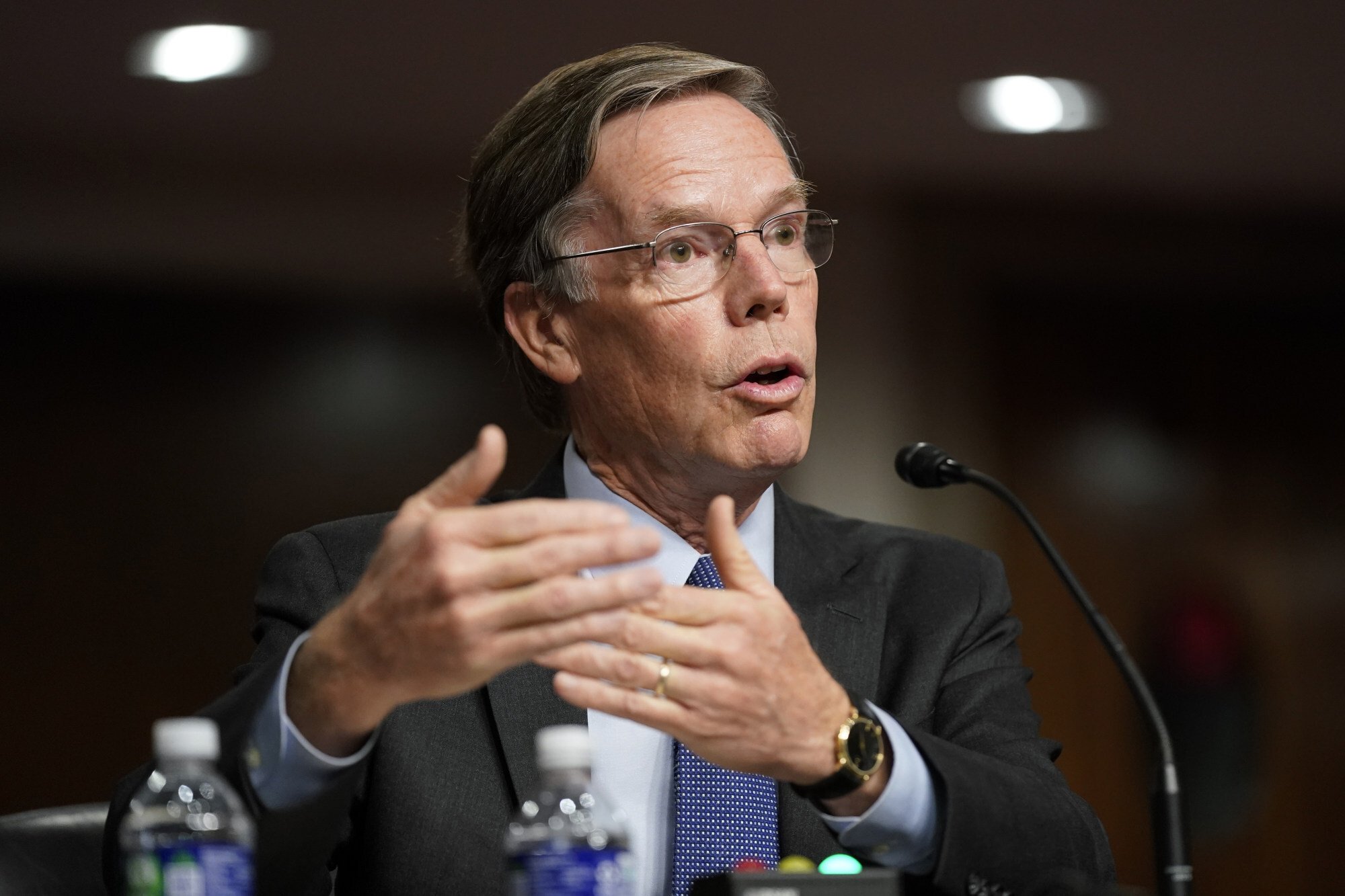 “As we put forward this important new [forced labour] policy, it does make sense to accompany it and its passage with three key personnel who will be in charge of implementing it,” Murphy said.

Rubio had tried to have the Senate pass the forced labour bill on Wednesday, but the unanimous consent attempt failed when Senator Ron Wyden, Democrat of Oregon, asked to modify it to include an separate, unrelated provision extending an expiring federal child tax credit.

Rubio rejected Wyden’s measure, which does not have bipartisan support; Wyden in turn objected to Rubio’s request to move the forced labour bill at all.

But Wyden, who faced criticism from rights groups over his intervention, opted not to object on Thursday, while bemoaning through a spokesperson that the forced labour bill had been “perhaps the only opportunity this year for Wyden to seek a vote on extending the child tax credit, which has kept millions of Americans afloat”, Politico reported.