Hong Kong’s strict quarantine policy is “more politics than science”, according to former InvestHK director general Mike Rowse, who has thrown his hat into the ring for this month’s Legislative Council election.

Rowse also said he “felt sorry” for his successor in charge of the government department tasked with convincing foreign companies that Hong Kong was still a “go-to” place for business, with more than 50 countries now classified as high risk under local Covid-19 travel rules, as the Omicron coronavirus variant spreads worldwide.

The Group A status of such countries means arriving Hong Kong residents from the jurisdictions must serve the maximum 21-day quarantine, while non-residents are barred entirely from entering the city.

The former government official made the remarks in an exchange with the Federation of Trade Unions’ (FTU) Alice Mak Mei-kuen on Legco Election: Candidates up close, a three-part video series by the Post, centred on candidates for the December 19 race.

Both are among 51 hopefuls vying for the 40 seats of the new Election Committee constituency in the expanded 90-strong legislature.

Pointing to an analysis of imported Covid-19 cases by the Department of Health that found 92 per cent of the infections were detected in the first week of isolation and 99 per cent by the second, Rowse, 72, raised doubts over the quarantine duration: “Why are we insisting on 21 days?”

Chief Executive Carrie Lam Cheng Yuet-ngor has repeatedly stressed that the priority was on opening up Hong Kong’s border with mainland China, rather than with the rest of the world, aligning the city’s policies with Beijing’s zero-Covid approach. While Rowse acknowledged Lam’s stance, he warned that the cumulative effect of this on foreign companies based in Hong Kong was “devastating”, as it would be harder to attract foreign talent to the city.

“I think it’s going to be very, very tough, and you do see signs already of companies saying, OK, we’ll go to somewhere, which is more open than Hong Kong,” argued Rowse, a former British citizen who has taken up Chinese citizenship.

According to latest annual statistics by InvestHK, while there are 24 more non-local firms with a presence in the city compared with the year before, this was driven by companies headquartered on the mainland. The city has lost 10 companies from Japan, 16 from the United States and four from Singapore, as well as 42 others from unspecified foreign jurisdictions.

The coming poll will be the first for the legislature following Beijing’s overhaul of the city’s electoral system in March to ensure only “patriots” hold political power. Under the shake-up, seats for directly elected lawmakers have been cut to 20 from 35.

Forty seats will be hand-picked by the 1,448-strong Election Committee stacked with pro-Beijing figures and the remaining 30 will be returned through trade-based functional constituencies.

The mainstream opposition camp is not taking part in the poll, saying the new electoral model stifles dissenting voices.

Mak, who was returned in the New Territories West constituency twice through popular vote, is competing this time in the Election Committee constituency.

She brushed aside concerns she was opting for the more comfortable route.

“I have not given up my [constituents]. I am still working there, and as a legislative councillor, I can also serve the community,” said Mak, 51, adding that eight other candidates from the union were running, including in the functional and geographical constituencies.

“They have never been our allies”, she said, pointing to differences in political ideology between the two groups.

“I’m sure in the new legislature, no matter which sector, we share the same view and share the same belief ... to improve the quality of life of our people. I am sure with this belief, I can work with other legislative councillors in the future to fight for labour rights.” 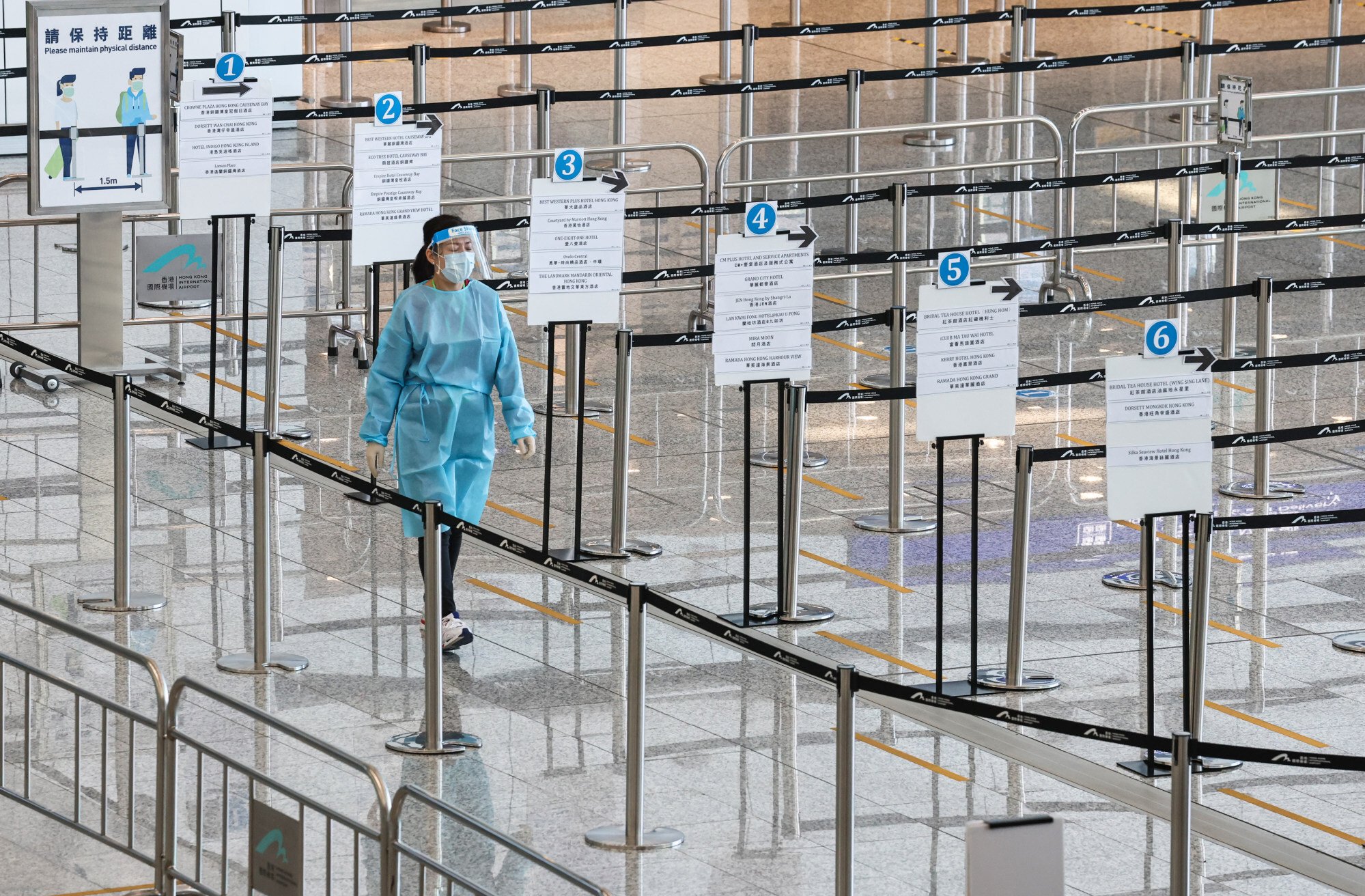 Both candidates, however, refused to be drawn on whether they would support another term for Lam.

The Post reported in October that the pro-establishment bloc had been loosely coordinating among members to ensure “patriots” contesting the election will not win by walkovers, with their rivals from the opposition out of the picture.

Rowse, who has been out of public office for 13 years, said he had not sought advice from Beijing’s liaison office in the city. However, before securing the 10 nominations from the Election Committee needed to run in the race, Rowse admitted he did ask if there would be a “red light” given he was “a bit of an unusual candidate”.

While he declined to say who he had posed the question to, Rowse revealed: “The answer came back. No, there’s not a red light.”