The closure of the borders to new foreign entrants came just weeks after Japan began a cautious re-opening for some businesspeople and students. - Reuters

TOKYO (Bloomberg): Almost 90% of respondents to a Japanese poll backed the prime minister’s decision to suspend new entry by foreigners amid concerns about the Omicron variant.

The survey by the Yomiuri newspaper carried out from Dec 3 - 5 also found support for Prime Minister Fumio Kishida had risen six percentage points to 62 per cent.

That was one of the highest ratings for the premier who took office two months ago and about double of his predecessor, Yoshihide Suga, when he was forced from office amid criticism for being slow-footed in his pandemic management

Despite last week's U-turn on a policy of halting new flight reservations for December, the paper said voters probably approved of Kishida's rapid response to Omicron, which some reports say is more contagious than previous coronavirus variants.

After his two predecessors saw their support slump rapidly amid criticism their response to the virus was sluggish, Kishida has kept infection control at the top of his agenda, with an Upper House election due next year.

The closure of the borders to new foreign entrants came just weeks after Japan began a cautious re-opening for some businesspeople and students.

Virus cases and deaths have rapidly dwindled following the rollout of vaccines. Japan recorded an average of 108 cases over the week to Dec 4 and has seen nationwide daily deaths in single figures for about a month.

The numbers are among the lowest for developed countries and well below the 108,462 cases the US recorded on Dec 4. 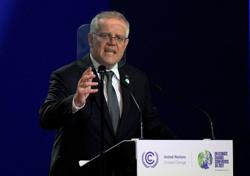