HANOI, Dec 4 (dpa): A Vietnamese man arrested in Middlesbrough after 39 people were found dead in a lorry in Essex in 2019 will be extradited to Belgium to face charges.

Alex Tran, 18, is allegedly a member of the smuggling network responsible for moving people through Belgium and France into Britain.

The bodies of the Vietnamese victims, who included men, women and children, were found in a refrigerated lorry trailer after it was transported by ferry from Zeebrugge to Purfleet in Essex, in October 2019.

The National Crime Agency previously said Tran played a "key role" in putting at least 10 migrants in the vehicle.

He is suspected of running safe houses in Brussels where they stayed, and organizing their onward transport in taxis to a collection point in France, where they were put in the back of the lorry.

Tran is wanted in Belgium accused of being a member of a criminal organization involved in the "organization, facilitation of unauthorized entry and residence, forgery of documents and trafficking."

He was arrested at a petrol station in Middlesbrough in June and Deputy Chief Magistrate Tan Ikram ordered his extradition in a judgement handed down at Westminster Magistrates' Court on Thursday.

Tran was remanded in custody and has seven days to appeal against the decision before the extradition process starts.

In January, four men were jailed for between 27 years and 13 years and four months for manslaughter and plotting to people smuggle.

They were Gheorghe Nica, 44, from Basildon, and Ronan Hughes, 42, of Armagh, and lorry drivers Maurice Robinson, 27, of Craigavon, and Eamonn Harrison, 24, of County Down.

Three other members of the gang were also jailed for their role in the operation.

Dragos Stefan Damian, 28, pleaded guilty to conspiracy to assist unlawful immigration earlier this month and will be sentenced in January at the Old Bailey.

The court previously heard the operation was long-running and profitable, with the smugglers standing to make more than 1 million pounds (1.33 million dollars) in October 2019 alone.

They would board lorries at a remote location on the continent to be transported to Britain where they would be picked up by a fleet of smaller vehicles for transfer to a safe house until payment was received. - dpa 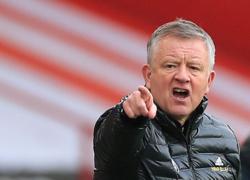 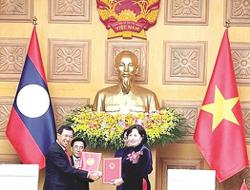