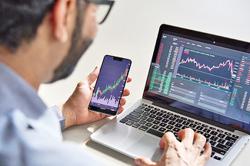 BERN, Nov 28 (Vietnam News/ANN): Vietnam and Switzerland have agreed to soon conclude negotiations on a free trade agreement (FTA) between Việt Nam and the European Free Trade Association (EFTA), of which Switzerland is a member.

Vietnamese President Nguyen Xuan Phuc and his Swiss counterpart Guy Parmelin made the announcement at a joint press conference following their talks in Bern.

Describing President Phuc’s official visit as a new development milestone in Switzerland-Vietnam relations, President Parmelin said the two sides still had many opportunities and much potential for growth.

The Vietnamese leader noted that he and his Swiss counterpart shared the view that despite development, bilateral cooperation has yet to match the potential of both nations, and they agreed to soon conclude the talks on the FTA between Vietnam and the EFTA.

He added Vietnam would welcome the two countries and their businesses promoting innovation cooperation.

The Presidents agreed to elevate the two nations’ 2019 letter of intent on innovation, science and technology to a protocol on innovation, encouraging Swiss companies to cooperate with the Southeast Asian country in innovation and digital economy.

The Swiss President said he wanted to sign a free trade agreement (FTA) similar to the deal that Việt Nam signed with the European Union, thereby eliminating barriers to goods circulation between the two countries.

Another priority would be to build a favourable legal framework and effectively enforce intellectual property rights, he said, adding that these were factors that would strongly attract Swiss investors to invest in Vietnam.

President Parmelin said that he and President Phuuc had agreed to assign the heads of the two negotiating teams to accelerate the talks on the EFTA-Vietnam FTA.

In another nore, Vietnamese Minister of Education and Training Nguyen Kim Son and Switzerland’s State Secretary for Education, Research and Innovation (SERI) Martina Hirayama on Friday (Nov 26) discussed measures to improve the efficiency of educational cooperation between the two countries.

Their working session took place within the framework of Phuc's official visit to Switzerland.

Son suggested strengthening collaboration between Vietnamese and Swiss universities, covering training programmes in such areas as tourism, insurance, banking and high-tech, along with innovation.

The two sides should step up the exchange of lecturers and students, and establish research groups that gather professors from Vietnamese and Swiss universities, he said. - Vietnam News/ANN 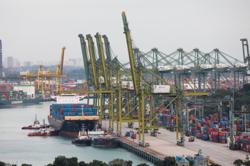