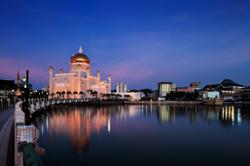 BANGKOK, Nov 15 (dpa): Thailand's economy contracted in the third quarter, the Office of the National Economic and Social Development Council said on Monday.

Gross domestic product fell 0.3 per cent sequentially, in contrast to an increase of 7.6 per cent in the second quarter. Nonetheless, this was less than the expected decline of 0.8 per cent.

In terms of production, the industrial sector dropped 2.0 per cent. By contrast, the service sector grew 0.2 per cent, lower than the previous quarter.

At the same time, the agriculture sector expanded 4.3 per cent, driven by crop yields, namely paddy, rubber and cassava.

On a quarterly basis, GDP was down 1.1 per cent, reversing the 0.1-per-cent rise in the preceding period. Economists had forecast the economy to shrink 2.5 per cent.

On another note, Xinhua reported that China has provided another batch of Covid-19 vaccines and anti-pandemic supplies to Thailand to help it fight the virus.

Thai Prime Minister Prayut Chan-O-Cha expressed his appreciation for China's continued support to his country in fighting the pandemic, saying that Thailand stands ready to further enhance cooperation with China, including in research and development of Covid-19 vaccines.

The prime minister said Thailand is willing to boost cooperation between the two countries in all fields including economy and regional affairs.

Chinese Ambassador to Thailand Han Zhiqiang said that China stands ready to work with Thailand to fight the pandemic and promote economic recovery, boost communication and coordination in international and regional affairs and jointly maintain peace, stability and prosperity in the region and the world at large. 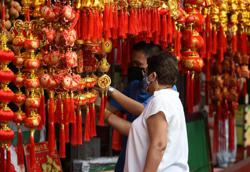