The drug may be used initially by 300,000 patients under a compassionate use system.. - Reuters

MANILA (Bloomberg): Covid-19 patients in the Philippines may get early access to Merck & Co’s yet to be approved anti-viral treatment pill for a few dollars starting in November with a compassionate special permit.

Filipino-owned importer MedEthix Inc. and distributor JackPharma Inc. said in a joint statement Wednesday that they will bring molnupiravir to hospitals in the Philippines as early as next month. They plan to distribute pills manufactured by India’s Aurobindo Pharma Ltd. through a licencee agreement with Merck.

The drug may be used initially by 300,000 patients under a compassionate use system, MedEthix Chief Executive Officer Monaliza Salian said in a briefing. Each capsule will likely cost 100 pesos (US$2) to 130 pesos, JackPharma President Meny Hernandez Jr. added.

Despite the pill still awaiting the green light from regulators around the world, some wealthy and middle-income nations have raced to secure orders or are in talks to obtain it. An interim analysis of clinical trial data spurred demand after it found molnupiravir cut the risk of hospitalisation for adults with mild-to-moderate Covid-19 who are at risk of developing a severe illness.

The drug’s progress has been accompanied by concerns that poorer nations that are already struggling to obtain Covid vaccines could be left behind once again when it comes to therapies.

Merck has licensed the medication to generic-drug firms and itself expects to produce 10 million courses by the end of the year, and substantially more in 2022. The Bill & Melinda Gates Foundation plans to contribute as much as $120 million to widen global access to the promising pill.

In the Philippines, patients wanting early access will need a doctor’s prescription to buy the drug from a hospital with a compassionate permit.

Molnupiravir works by introducing errors into viral genetic material that eventually make the pathogen defunct. Some experts have questioned whether and how the drug may also impact growing cells in the human body, potentially raising the risk of birth defects, for example.

Merck and partner Ridgeback Biotherapeutics LP have sought US emergency use authorisation, and the treatment is set for US Food and Drug Administration committee review next month. Earlier this week, the European Medicines Agency said it initiated a rolling review for molnupiravir. 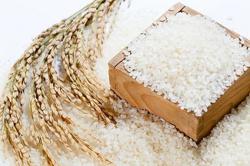 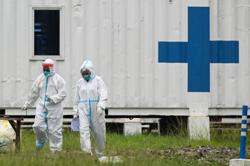