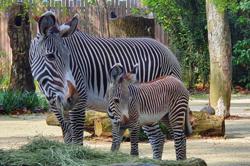 Born to a pair of six-year-old zebras – father Desta and mother Kolle – Izara, as the foal has been named, is the latest addition to a pack of five Grevy’s zebras – the largest and most endangered zebra species.

Izara is a girl’s name of African origin, meaning “star”.

The four adult zebras arrived here in June last year from the Tanganyika Wildlife Park in the United States as part of a population management programme by the European Association of Zoos and Aquaria.

Dr Luis Carlos Neves, Mandai Wildlife Group’s vice-president of animal care, said: “Every birth is a celebration, and this healthy and active foal will play a part in contributing to the population under human care.”

According to Dr Neves, there are fewer than 2,000 Grevy’s zebras left in the wild and about 400 in human care.

He added that Izara’s birth marked a monumental step in the protection of the endangered species.

Grevy’s zebra is native to parts of Ethiopia and Northern Kenya. The animal population in the wild has declined by 85% over the last three decades due to disappearing water sources, loss of habitat, human hunters and disease. — The Straits Times/ANN 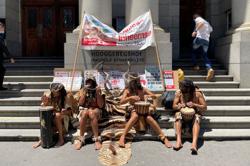