HANOI (The Straits Times/Asia News Network): The Ministry of Health reported 3,639 new cases of Covid-19 on Monday, along with 65 more deaths.

Of these new cases, 19 were imported and 2,620 were detected in the community.

The national tally now stands at 892,579, of which 887,797 are a result of the fourth wave of infections that have swept the country since late April.

HCM City remains the locality with the highest number of infections with 969, followed by Bình Dương Province with 517 and Đồng Nai Province with 458.

Authorities in the capital city of Hanoi announced 18 new cases.

According to the Ministry of Health’s report, 3,135 patients nationwide are in serious condition, with 327 on invasive ventilators and 15 on life support (ECMO).

A further 1,323 patients were given the all-clear on Monday, taking the total number of recoveries to 807,301.

More than 1.1 million vaccine doses were administered in Vietnam on Monday. The country has now administered more than 74 million doses of vaccine to date, with more than 21.4 million people fully vaccinated.

In HCM City, more than 15,000 Covid-19 patients are now being treated at home. Around 4,825 are in centralised quarantine areas and 746 children are under treatment. 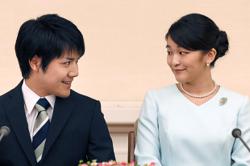