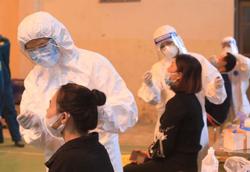 HANOI, Oct 24 (Vietnam News/ANN): Vietnam reported 4,045 new Covid-19 cases on Sunday, including 4,028 locally transmitted and 17 imported, according to the country's Ministry of Health.

Most of the community cases were detected in southern localities, including 966 in Ho Chi Minh City, 524 in Binh Duong province, and 429 in Dong Nai province.

Nationwide, as many as 805,978 Covid-19 patients have so far recovered, up 1,314 from Saturday, while nearly 73 million doses of COVID-19 vaccines have been administered, according to the ministry.

As of Sunday, Vietnam has registered a total of 884,177 locally transmitted Covid-19 cases since the start of the current wave in late April, the ministry said.

The average death rate over the last seven days stands at 68.

The Ministry of Health announced 2,899 patients nationwide are in serious condition, with 19 on life support (ECMO).

A further 1,314 patients were given the all-clear on Sunday, taking the total number of recoveries to 805,978.

So far, the country has now inoculated 72.9 million doses of vaccine, with more than 21 million people fully vaccinated. - Vietnam News/ANN 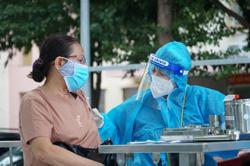 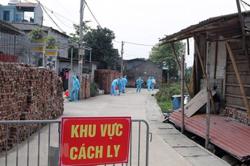