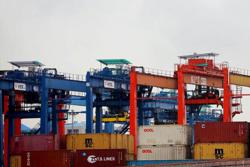 JAKARTA (The Jakarta Post/Asia News Network): The government has set a target to book US$1.5 billion in transactions at this year’s Trade Expo Indonesia (TEI), the country’s largest annual trade event, and spur sales of halal products and Muslim fashion.

The targeted volume marks a 15.38 per cent increase in transactions from last year’s TEI.

The number of businesses participating at the event this year, meanwhile, is up 20 per cent at 834.

“We will hold this year’s Trade Expo Indonesia [online again] as we adapt to the pandemic and keep promoting Indonesian products to the global market,” Trade Minister Muhammad Lutfi said in an online press briefing on Thursday (Oct 21).

The trade event comes not long after Indonesia booked a record-high trade surplus and exports in August, although trade slowed a little in September as demand from abroad fell slightly.

To spur sales, Lutfi explained that the government planned to phase out Indonesia’s reliance on raw commodity exports. This is in line with President Joko “Jokowi” Widodo’s recent statement on a plan to stop exporting crude palm oil (CPO), the country’s main export commodity, and instead export its derivative products, such as cosmetics and biodiesel.

The government also plans to finish this year negotiating trade deals with the United Arab Emirates (UAE), Bangladesh and Pakistan as part of its efforts to spur trade with nontraditional partners.

Indonesia started the comprehensive economic partnership agreement (CEPA) negotiation with the UAE in early September. This will be Indonesia’s first such deal with a Middle Eastern country.

With these figures, the country remains out of the top 10 exporters for both products, respectively.

“Indonesia has the potential to be the centre of the global halal and [Muslim] fashion industry,” President Jokowi said.

“I am setting a target to achieve this in 2024. The world’s halal product market is huge.”