A woman gestures to a vendor from behind a plastic sheet set up to minimise close contact at a wet market in the old quarters of Hanoi on September 24, 2021, following the easing of Covid-19 coronavirus restrictions after two months. - AFP

HANOI, Sept 26 (Reuters): Vietnam plans to ease coronavirus curbs and allow businesses to restart production from next week to prop up an economy which has suffered under lengthy lockdowns, Prime Minister Pham Minh Chinh said on Saturday (Sept 25).

The country, which until late April had maintained one of the world's best containment records, is seeking to co-exist with the virus instead of trying to maintain a Covid-zero policy.

The current outbreak and related restrictions on movement have impacted its manufacturing-led economy, forcing the closure of some factories.

The decision comes as Vietnam has seen a drop in the daily death rate from the virus.

It reported 9,682 new cases on Saturday, marking the third consecutive day the rate of infection has been below 10,000. The country has recorded over 746,600 cases in total, with 18,400 fatalities.

Foreign investors in Vietnam have warned the government that its strict lockdown rules in the south has forced some companies to move production.

Vietnam's gross domestic product could grow between 3.5%-4.0% this year, well below the government's earlier target of 6.5%, the country's Minister of Planning and Investment Nguyen Chi Dung was cited by state media as saying.

Vietnam, with a population of 98 million, is accelerating its vaccine programme.

Although daily inoculations have reached 700,000, its vaccination rate of 7.61% is one of the region's lowest. - Reuters 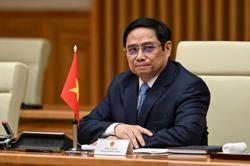 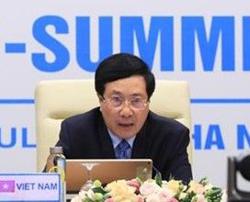