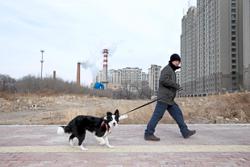 The fluctuating Covid-19 outbreak in China – with another 28 new local cases recorded by the end of Wednesday – is raising concerns the spread of the virus might disrupt next month’s week-long National Day holidays.

The National Health Commission said 20 of the new cases were in Fujian province, with 17 in Xiamen and three in Putian. The remainder occurred in Harbin, capital of Heilongjiang province in northeastern China. No deaths were reported. Authorities have not linked the two outbreaks.

While the latest numbers were an improvement for Fujian, in the country’s southeast – it had recorded more than double that amount over the weekend – half of its population is expected to travel during the “golden week” holiday which starts on October 1.

Fujian has been the focus of an outbreak of the highly transmissible Delta variant, which was reported in the province on September 10.

Elsewhere in the country, there were 15 imported confirmed cases, with five in Yunnan, three in Tianjin, as well as two each in Shanghai, Hubei and Guangdong, and one in Liaoning province. Two imported asymptomatic cases were also reported in Shanghai.

There are a total of 990 confirmed cases throughout the country, with 14 in critical condition, as well as another 14 asymptomatic cases in total.