Vietnamese Americans reach out to Afghans 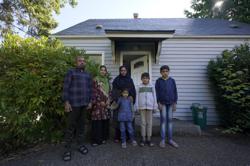 We were them: Thuy Do and her husband Jesse Robbins and their son Fredrick are assisting Afghans fleeing their country. — AP

In the faces of Afghans desperate to leave their country after US forces withdrew, Thuy Do sees her own family decades earlier and thousands of miles away.

A 39-year-old doctor in Seattle, Washington, Do remembers hearing how her parents sought to leave Saigon after Vietnam fell to communist rule in 1975 and the American military airlifted out allies in the final hours.

It took years for her family to finally get out of the country, after several failed attempts, and make their way to the United States, carrying two sets of clothes a piece and a combined US$300 (RM1,260). When they finally arrived, she was nine years old.

These stories and early memories drove Do and her husband Jesse Robbins to reach out to assist Afghans fleeing their country now.

The couple has a vacant rental home and decided to offer it up to refugee resettlement groups, which furnished it for newly arriving Afghans in need of a place to stay.

Images of Afghans vying for spots on US military flights out of Kabul evoked memories for many Vietnamese Americans of their own attempts to escape a falling Saigon more than four decades ago.

It has also spurred many Vietnamese Americans to donate money to refugee resettlement groups and help by providing housing, furniture and legal assistance to newly arriving Afghans.

Less tangible but still essential, some also said they want to offer critical guidance they know refugees and new immigrants need: how to shop at a supermarket, enrol kids in school and drive a car in the United States.

Since the Vietnam War, hundreds of thousands of Vietnamese have come to the United States, settling in communities from California to Virginia.

Today, Vietnamese Americans are the sixth largest immigrant group in the United States.

Similar to the frantic exit of Afghans from their homeland, many Vietnamese Americans recall how they couldn’t get out before the impending fall of Saigon to communism. They stayed behind and faced long spells in reeducation camps in retaliation for their allegiance to the Americans who had fought in their country.

For some families, ecape took years and many failed attempts, which is why many Vietnamese Americans view the departure of the US military from Afghanistan not as the end of the crisis, but the beginning. — AP 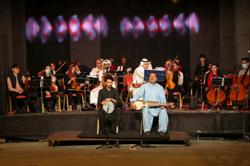