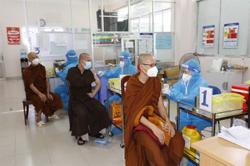 SINGAPORE (The Straits Times/Asia News Network): Singapore will have its first fleet of electric ferries in 2023, operated by Shell to ply between the mainland and Pulau Bukom.

The oil giant has awarded a contract to home-grown boat builder Penguin International to design, build and operate at least three fully electric ferries, it said in a press release on Wednesday (Sept 22).

These battery-operated 200-seat single-deck vessels are expected to set sail in the first half of 2023. They will transport workers to and from Shell's Energy and Chemicals Park on Pulau Bukom, replacing the diesel-powered ferries currently used.

Shell would not say how much the project costs, but a Nikkei news article on a recent proposed Thai project using ferries of a similar size cited a price tag of nearly S$2 million per vessel - or about two-thirds costlier than a diesel equivalent.

The Shell ferries are powered by a lithium-ion battery system with a capacity of 1.2MWh. They can attain a speed of over 20 knots (37kmh) with zero on-site emission and almost no audible noise.

"Switching to zero-emission, fully electric ferries is part of Shell's ambition to help accelerate progress towards net-zero emissions in the shipping sector."

The Shell ferries will ply a route of about 5.5km, carrying around 3,000 passengers a day.

Earlier this year, the world's largest electric ferry was launched in Norway. According to online electrification newsletter Electrive.com, the 139.2m vessel has room for 600 passengers and 200 cars. In Thailand, an electric ferry service, plying the Chao Phraya River in Bangkok, was launched in December last year.

In Singapore, ad hoc electric river cruise vessels have been in use since 2007 - 10 years before electric cars started taking off.

In April (2021), Shell said it would trial hydrogen fuel cell ships here. These are vessels powered by electricity generated via a chemical process using stored hydrogen and oxygen in the atmosphere. 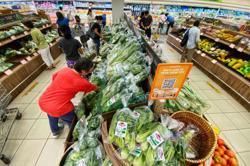