Air Chief Marshal Hadi Tjahjanto is due to retire this year. - Reuters

JAKARTA (The Straits Times/Asia News Network): President Joko Widodo is due to select a new armed forces chief by November when Air Chief Marshal Hadi Tjahjanto, 57, is due to retire.

Navy chief, Admiral Yudo Margono, is speculated to be the front runner for the post ahead of army chief, General Andika Perkasa.

Marshal Hadi was appointed in 2017.

The implied guideline in the past has been for the top commander to be rotated among the three military branches. But Mr Widodo in 2015, shortly after coming into office, named an army general, General Gatot Nurmantyo, to succeed another army officer, General Moeldoko, who later went on to be the presidential chief of staff.

The Indonesian military is non-partisan and the government has turned to the army, in particular, when tensions escalate domestically - as it did in 2016 with regular protests led by hardline Islamist groups on the streets of Jakarta.

Any sitting military chief in Indonesia must retire on turning 58. Typically and ideally, a military commander stays in office for one to three years, although there have been occasions when someone has served for only a year.

Admiral Yudo is due to retire in two years and General Andika in a year. This puts the navy chief in an advantageous position to be head of the military, according to many observers.

Defence analyst Andi Widjajanto noted that someone from the navy has not helmed the military during Mr Widodo's two terms in office, news portal Tempo.co reported.

Widodo was re-elected for a second and final five-year term as president in 2019.

Political observer Ali Nurdin of the Mathla'ul Anwar University told The Straits Times that domestic security, such as recent attacks by rebels in Papua, may make Widodo lean towards General Andika.

Mufti Makarim, a senior adviser on politics, law, defence and security at the office of the presidential chief of staff, told The Straits Times Widodo would pick the person that best fits the challenges faced by the nation. 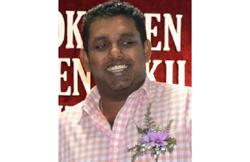