Indonesia, the world's top palm oil producer, launched the moratorium in September 2018 to try to stop deforestation and improve governance in the industry. - AFP

JAKARTA (Reuters): Indonesia will use existing laws in a jobs creation bill passed last year to deal with issues around sustainable palm oil production, a senior official said on Wednesday (Sept 22), after a moratorium on new plantation permits recently ended.

The country, the world's top palm oil producer, launched the moratorium in September 2018 to try to stop deforestation and improve governance in the industry, while seeking to boost output from existing cultivated areas.

The moratorium ended on Sept 19 with no indication of an extension, raising concerns by environmentalists who say that Indonesia is at risk of losing further large tracts of forest to plantation expansion.

"Let's just run it according to the existing regulations," Indonesia's deputy minister of food and agriculture, Musdhalifah Machmud, told a virtual conference, adding authorities had identified problems with the moratorium that needed to be addressed.

An issue that had cropped up was that some plantations which existed even before the moratorium continued to operate without a permit because they were located within a designated forest area.

Green groups say the omnibus law favours business interests at the expense of the environment and labour.

Indonesia, which is the world's third-biggest rainforest area, reduced the rate of deforestation by 75% last year, the Environment Ministry said in March. 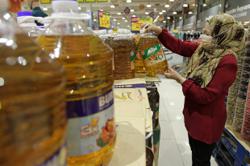